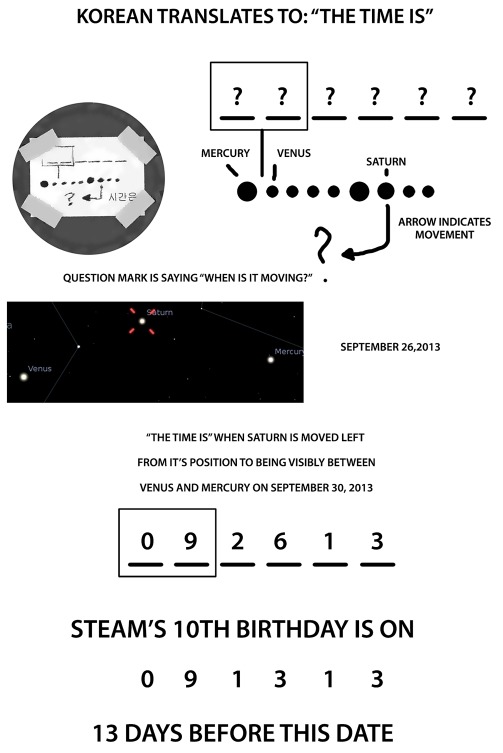 The newest Surgeon Simulator update held a little more that just a new character for you to play with! This strange note was also found in game under a statue, but, what does it have to do with Half Life 3? Well, the Korean text is suspicious especially after the recent odd Half Life 2 bug which caused the games text to display only in Korean. This establishes a very clear link to Half Life.

After translating the Korean text it says “The time is” and the dots on the images also represent the planets in the solar system. According to sources the code hints towards something happening September 26 2013…

(On a serious note, VGU will update this piece with any new news when it happens)

What do you think? Half Life 3 confirmed? Let us know in the comments below!