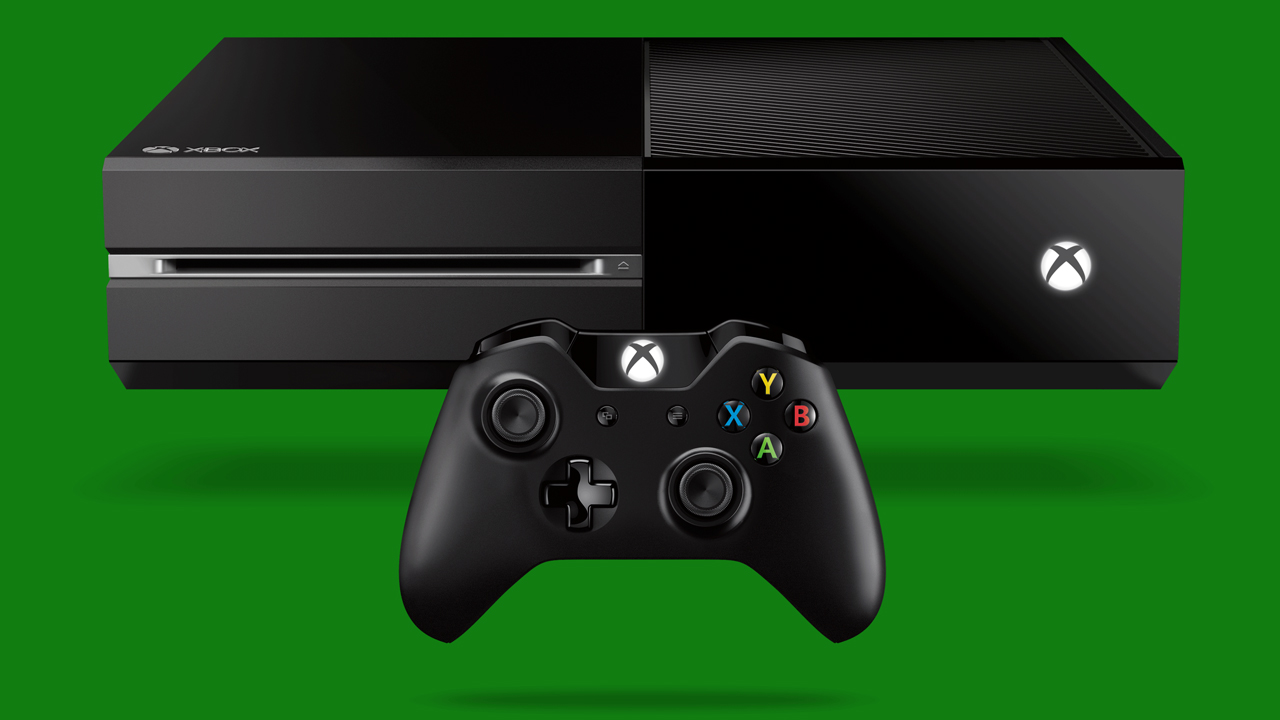 I honestly wanted to be in the marketing room at Microsoft after this year’s E3, if anything to see their reactions to fans utter disbelief at their consoles absurd policies, stance on DRM and oddly high price. Most gamers were shocked to hear about how badly the Xbox One, affectionately known as the “Xbone”, had messed up what gamers wanted so much that they cheered and chanted at Sony’s reveal of, let face it, basic elements a console should have.

So you can imagine the scepticism today when rumours of Microsoft doing a complete 180 on almost all of the Xbox One features started to surface. Either the company had the most self-destructive marketing campaign ever, or, they have pandered to the fear of their console failing hard and changed everything.

As you may or may not know, these rumours where proven as true by Microsoft on a blog post entitled, “Your Feedback Matters – Update on Xbox One”, where Don Mattrick himself has said:

“An Internet connection will not be required to play offline Xbox One games… there will be no limitations to using and sharing games, it will work just as it does today on Xbox 360… there will be no regional restrictions.”

Being honest right now, I couldn’t believe it. Everyone started to accept this news with enthusiasm and, dare I say it, treat it as a wonderful thing some even going as far to proclaim: 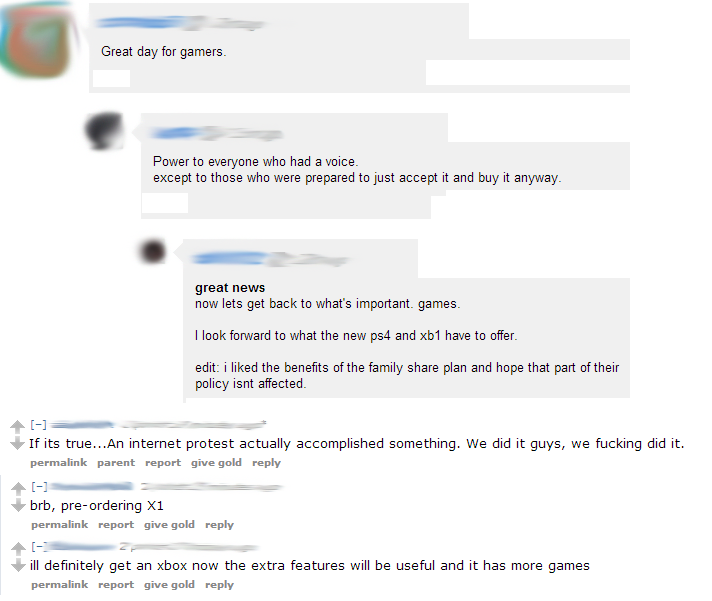 It’s not. It’s really not a great day. The simple fact is that Microsoft are now selling us a console which is exactly like it should have been from the start, and worse part is they are expecting praise for this change.

People are forgetting that the console is still $100 more expensive than the PlayStation 4 and still has to come with a Kinect (that is always connected). They are also forgetting that Microsoft themselves have said that the Xbox One system was built from the ground up on these policies and it’s not possible to just flip a switch and change them, Major Nelson himself said this!

On that note, this also means that everything Microsoft revealed about the Xbox One until this point is null and void. This includes all the E3 interviews, the press releases, the personal interviews, the list goes on and on and as gamers we should not accept this.

Microsoft has tried to enforce unwanted features onto gamers and is now trying to make us forgot it even happened. As well as this, if these features are now apparently so easy to switch off, what is stopping Microsoft from turning them back on again? They probably didn’t remove these features out of respect or because they believed it was better, they most likely did it because they wanted their console to sell and for all intensive purposes, it looked like it wasn’t achieving as well as they hoped.

“We appreciate your passion, support and willingness to challenge the assumptions of digital licensing and connectivity.”

What assumptions? Do you mean the ones you told us at all of your conferences? This is an insult in itself, implying that we, as gamers, were assuming the worst.

Finally, don’t forget as well that Microsoft still have not changed their stance on charging indie developers to just update their games but also that the console will not be a worldwide releasewith most of the features not working in all countries anyway!

Don’t get me wrong; while I am (obviously) angry about this, it is in itself, good news. However, please don’t let yourselves be taken in by this, there are other companies who have a consoles for cheaper, do not require a camera plugged in at all time, has had all of these features from the start, performs as a console just as well (if not better) than the Xbox One and, most importantly, has shown that they have made their console for you because they respect the consumer.

Fool us once, shame on you.

Fool us twice, shame on us.