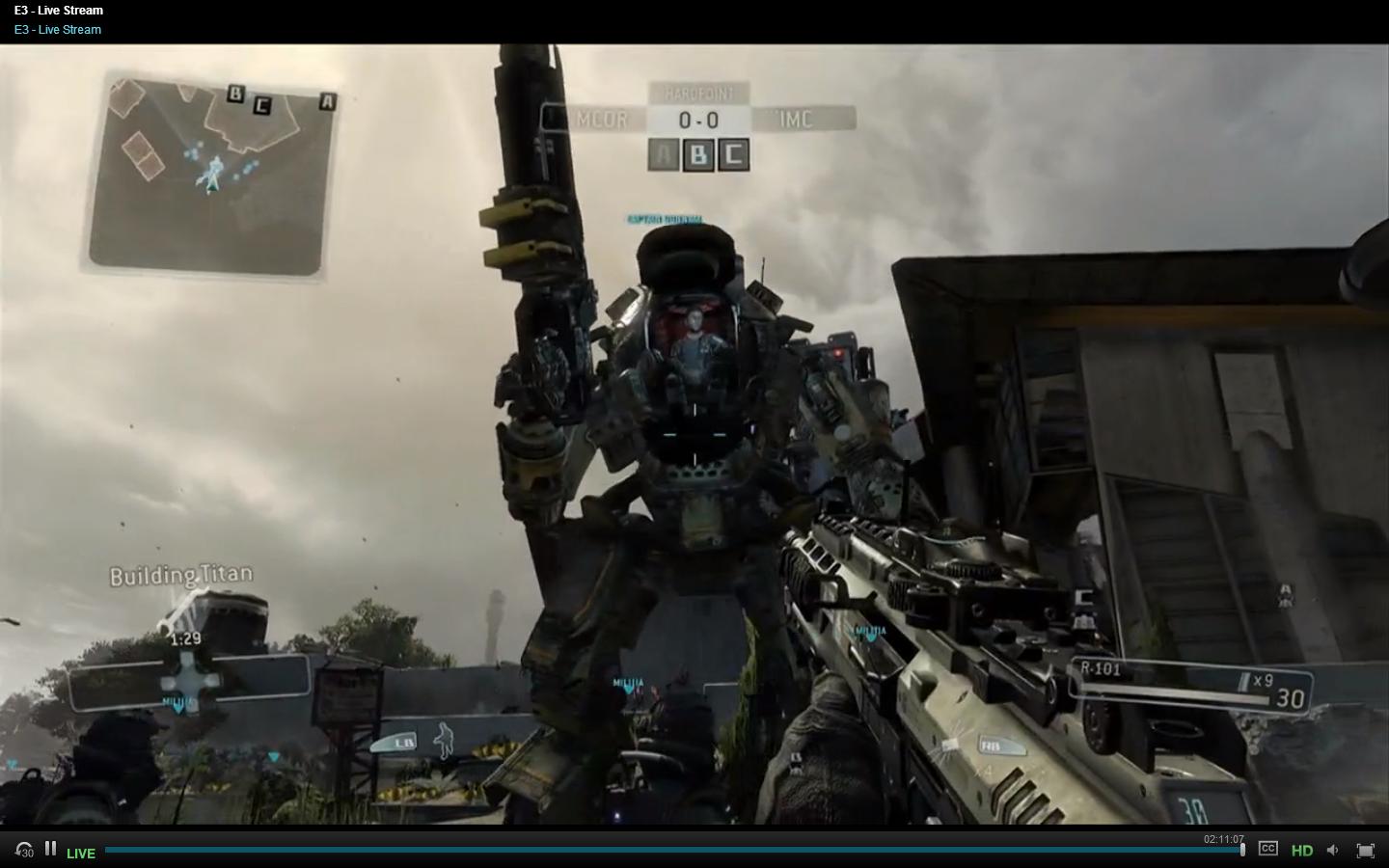 Before the conference, EA had a lot of pressure on their shoulders. The last we truly heard from them before E3 were them stating that they were giving up on their Online Pass system and that they were showing a lot of sports affiliated titles playable on next gen. What else did EA bring to the table? Let’s have a look and find out.

They kick off their show with the Pop Cap team revealing their all new Plants vs Zombies Game. No, not the sequel to the version we know and love but instead a third person shooter by the name of Garden Warfare. The game looks pretty fun, I have always been a fan of PvZ and to see it in a new way is really cool. It is a little corny here and there but heck, isn’t that what Plants vs Zombies is all about? Overall good start to the show so far.

Next we had the new FPS from Respawn Entertainment Titanfall. Fresh off of the Xbox conference, they showed off more gameplay of the title and truly caught the attention of a lot of gamers. This game might not convince me that the Xbox One is worth getting, but it is definitely a game I may just have to pick up on the PC upon release. The show is pretty strong so far.

Coming up next we get the fast paced driving action of Need for Speed Rivals as well as the reveal of a Need for Speed movie. The game looks pretty cool, but what driving game doesn’t look cool now a days. I’m not the biggest driving gamer around but I do see it being a hit with the crowd. The movie on the other hand I thought was a joke. If I wanted to see a fast paced, car driving, action flick I would watch Fast & Furious with Vin Diesel. The show at this point took a slight hit but is still going strong.

Then, out of nowhere, we get slapped in the face with the biggest tease ever. EA is in the midst of creating an all new Star Wars Battlefront game. I think I can safely say that this was the best part of the show. All we need now is someone to pick up Star Wars 1313 and we are set to go to a galaxy far far away. This is EA’s conference at its best.

How can it get better than a Star Wars Battlefront tease? Simple; a look at the next Dragon Age, now, simply known as Inquisition. What seems to be a great sequel to the series, Dragon Age Inquisition immediately grabbed me and let me know that the series is going to be making a comeback of epic proportions. EA really isn’t hiding anything so far, they’re pulling out all the stops.

We are then shocked yet again by witnesses Battlefield 4 in live action with sixty four players playing on the game at the same time on stage to showcase how Battlefield has improved from their last instalment. Ever since Battlefield Bad Company 2 I have been a fan, now I just can’t wait to bring down epic skyscrapers in epic warfare. That is yet another plus from the EA crew.

Luckily EA must have had their heads screwed on at the conference because they left their most bland segment for last. We get shown in detail the sports line up for the next year by EA Sports in conjunction with their new Ignite engine. I have to admit, even though the games failed to impress me and stimulate my gamer psyche, I do like where these games have come. Sports games have always seem dull to me as it seems to be a rehashed game every year just with an updated roster. Now it looks as if EA Sports are truly changing their ways by creating more realism than ever before in their titles, as well as more intractability with tablets and the kinect. I took this part of the conference on the chin but you guys may have loved it.

Finally, EA close their show with yet another great tease. We had Battlefield announced but we also got a glimpse at the sequel to Mirrors Edge 2. Mirrors Edge was a game I wish I played all the way through but sadly I never got the chance. The original looked captivating and the sequel does too. Everything from the music to the art style and classic parkour combat was all I needed to see to get me on the band wagon. I just hope the game gets a little bit more praise this time around as I feel the original did not get picked up that much as intended.

So overall what were the thoughts on EA’s conference? In all honesty, they took my expectations, covered them in butter and rubbed them back in my face. They truly got me more interested than I was expecting, which was surprising. All of the titles they showed, except the sports and Need for Speed games, got my attention and truly made me think that EA is stepping in the right direction for next gen. Whether they keep to this path or veer off into the land of ‘here we go again’ is a matter of time, here’s hoping they stay the course.

Now what do you think about EA’s conference? Were you impressed or just mildly amused by what they had to show? Let us know what you think down in the comments and be sure to look at all the E3 2013 coverage right here on VGU.