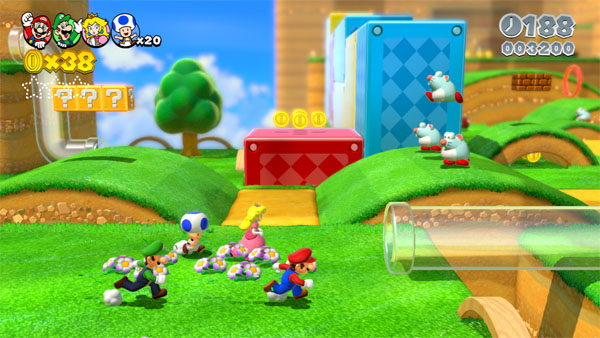 Tuesday was Nintendo’s day to show the world exactly what they’ve got. With no next generation console to reveal to the world, what Nintendo had to offer was their selection of games, both first and third party. It’s no secret that the Wii U isn’t exactly doing too great right now, and who else could Nintendo turn to other than the our little Italian friend, Mario, when things aren’t going so well for them. But can Mario do enough to save what appears to be the next Dreamcast in the Wii U?

Nintendo have always been able to rely on their first party game to boost their sales, so revealing a new Mario game would seem like the best thing they could do right now for a console that people just aren’t flocking to the store for. The name of Mario alone, along with Zelda, has produced marvellous sales in the past, and we’re coming in on a time where it seemed right for a new 3D Mario game to come our way.

Funnily enough, that’s just what happened when Nintendo revealed Super Mario 3D World for the Wii U. In a new 3D adventure that expands on the same style of game that we had on the 3DS, Mario is back in a full 3D game, this time with emphasis on multiplayer. You and up to three others will all be able to share the fun in the 3D worlds for the first time ever. The new power this time round puts Mario and friends in a cat suit and lets you play, as you can probably guess, Cat Mario.

It’s all well and good that we have a new Mario game, but are Nintendo guilty of providing unoriginal games? I don’t think so. Yes, they produce a new 3D Mario, or a new Mario Kart for each new console, but this isn’t a bad thing; this is actually a good thing. Nintendo are catering to the many fans that they have by making some awesome first party games. Speaking to a lot of people, I got a lot of mixed reactions. Some were delighted at the thought of a new 3D Mario and a new Mario Kart game. Others, however, simply shrugged it off and said, “It’s just another Mario game and it won’t be any different.”

Perhaps Nintendo should pack up their hardware team and stick to making their top quality games on other consoles? Somehow, I don’t see Nintendo doing that. In fact, Nintendo answered this by saying that they wouldn’t have the same kind of game if they were to be on other consoles and rather, would have a less responsive product because it’s not specifically designed for their first party games. 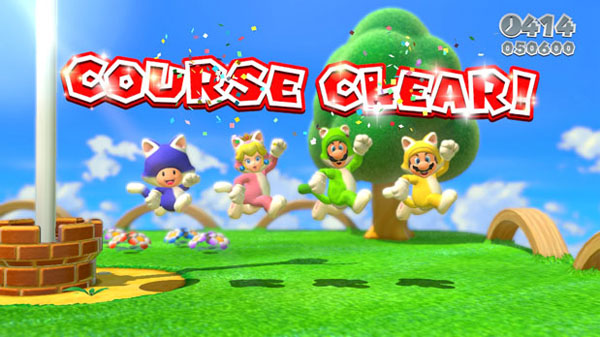 Reggie Fils-Aime, the Chief Operating Officer for Nintendo of America, said something interesting during an interview with Geoff Keighley yesterday, “You will only ever find Mario on a Nintendo console”. It might seem like an obvious statement but it’s actually quite a strong point. The Mario and Zelda games over the years have only ever been available to people on a Nintendo console. It doesn’t seem like this will be changing any time soon, either. So really, for you to be able to play these games, you will have to buy Nintendo’s newer consoles. As for the question of similar products every time, it comes down to one simple line:

“Why fix something that isn’t broken?”

Yes, Nintendo make similar games with each instalment of Mario, Zelda or Pokemon, but this is what Nintendo are excellent at doing. Every Mario game seems to have great game design and excellent gameplay and above all else, they are fun to play (In the eyes of most gamers). Nintendo have yet to fail at providing us with a Mario game that I haven’t enjoyed. Super Mario 3D World seems impressive enough to once again show the amount of time Nintendo invest into each of their first party products. Nintendo have been onto a winning formula for a very long time now; produce a console that will continue to feature a whole range of exclusive games and produce quality games alongside it.

At the end of the day, Mario will always be a household name that will shift sales for both games and the console that he features on. In Mario, Nintendo have a character that they can always call upon to produce the goods. He has a very large name over the years and will always be a fan-favourite character that gamers will want more of, especially the hardcore Nintendo fans. As long as they continue to develop top class first party games, they will be fine in the long run. We are in the next phase of the Wii U; a new 3D Mario game and a new Mario Kart. Let’s see where this now takes the console and if it will be a saving factor.