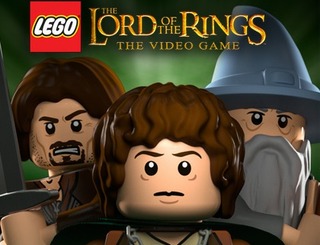 So now we know how much the next generation consoles are going to be you’re probably going to start saving up. Luckily Steam is here to help you do just that with more games on sale, so let’s start saving you money but still giving you games.

Lego Lord of the Rings is a charming adaptation of the movie series. Taking you all the way from Fellowship of the Ring all the way to Return of the King using only lego and lego people. This game is great fun to play for all ages and right now is only £5. If your child is too young for the movies, get them this game because they deserve to know what they have to look forward to.

Monster loves you! is an…odd little game. You play as a monster through it’s entire life from birth to elderhood where you make desicions that effect the world of monsters and humans. This indie title is down to just £3.49 so if you’re curious you don’t have to spend much to investigate. Pick up a copy and see what you think.

Okay, you literally have no excuse to not pick this next one up. Rome Total War gold Edition is a strategy game based in the Roman empire where you are showing your dominance as the greatest empire ever known to man. Want to know the price of this great game? £1. Yeah you read it right, just £1 for this amazing game, you have no excuse, go and buy this game right now.