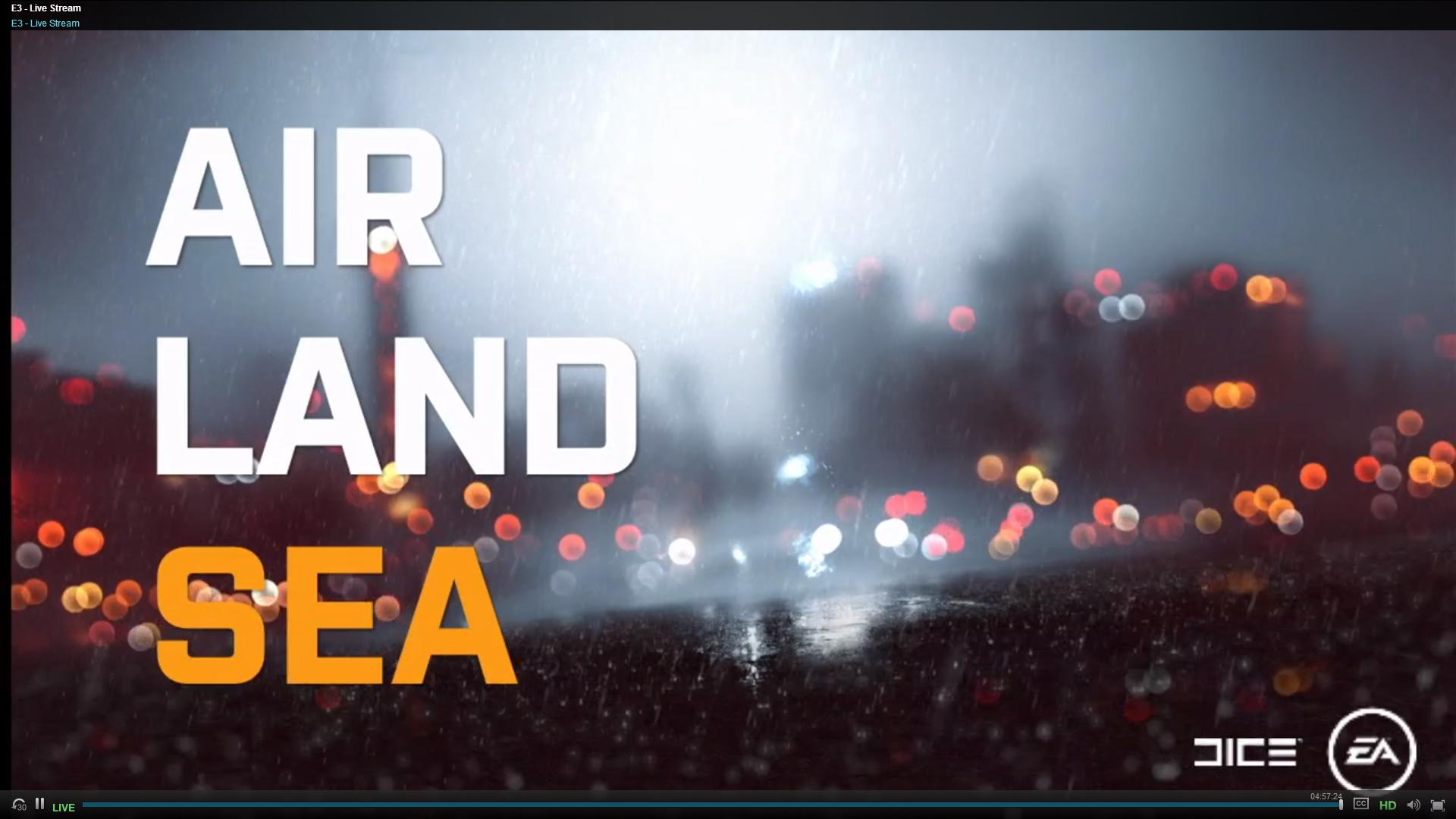 ‘Levelusion’ has been used by EA for the new Battlefield game to make the levels even better and more in depth for the players. Commander mode gives you a birds eye view of the Battlefield which can be done on your home console or on the move.

Stunning visuals were on display as we see 64 players on stage to show off the new multiplayer as the commander gave instructions to his squad. Commander mode is a brilliant mode which we haven’t seen since Battlefield 2. The commander was seen helping his squads with artillery and other equipment.

For the amazing ending to the Battlefield gameplay EA showed off an entire building collapsing in real time in game. The building in the game are completely flexible to reacting to anything that happens in game including being able to fall down. There was also a glimpse of someone who looked suspiciously like Lucie Lou.

You can see Battlefield 4 on stage below: