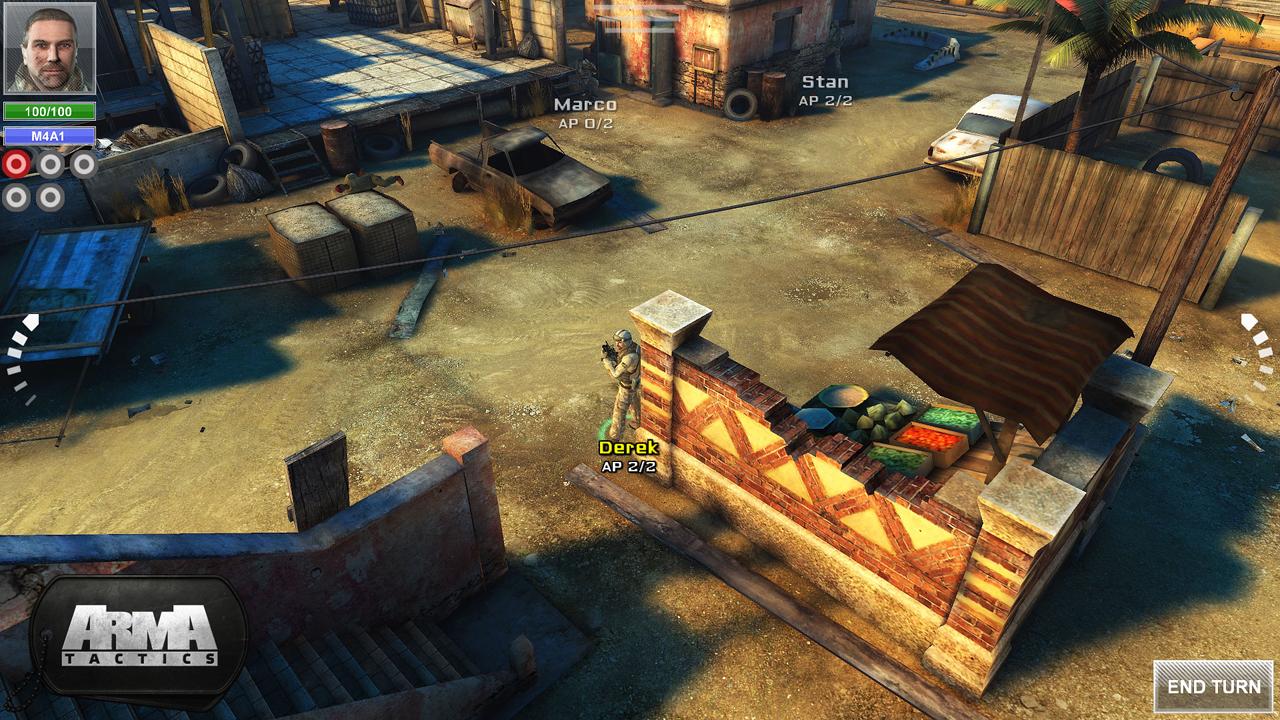 Bohemia Interactive have released a turn-based, close-combat strategy game for NVIDIA Tergra-Powered devices, Arma Tactics THD. Bohemia boasts that Arma Tactics THD takes the best of the strategy genre and goes mobile using the finest assets at their disposal which helped create the critically acclaimed Arma series. They call it one of the best looking mobile games to date, and they might just be right.

Arma Tactics THD is game where the player takes control of a four-member Special Forces team. There are no given strategies, rails to move on, or paths to follow. It‘s entirely up to the player to decide how he/she will play through both the story-driven missions and generated missions with randomized objectives. Whether using stealth or a more direct approach, players will need to use their strategic thinking and use both basic and advanced weaponry while facing many different opponents – ranging from unorganized local militia to smart and skilled mercenaries.

What do you think of Arma Tactics THD? Will you be playing it or do you not like mobile gaming? Let us know in the comments below.