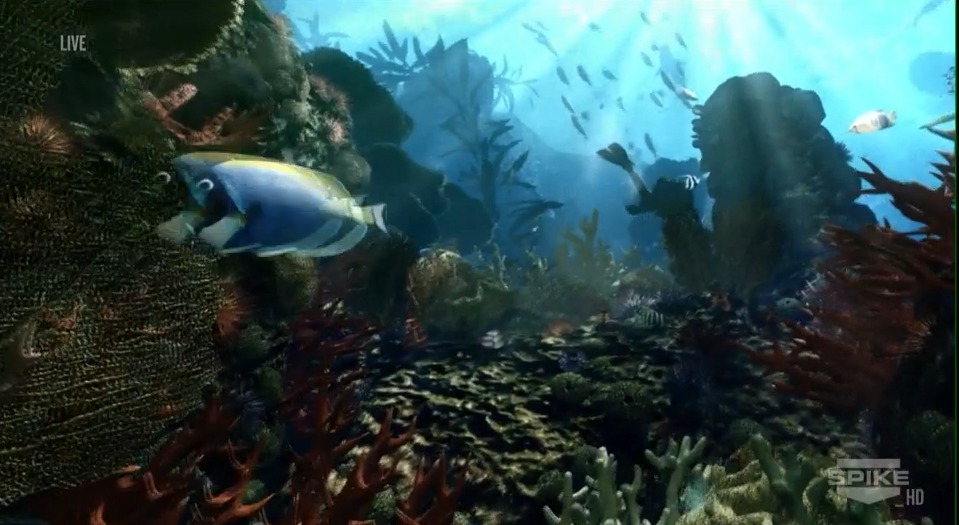 Newly announced from the Xbox One Reveal Show, Call of Duty Ghosts has revealed that it will have xclusive DLC content first for the Next-Gen console. On top of this big news, Infinity Ward has revealed more about the behind the scenes of the game and some fantastic improvements.

First off the game will be using a brand new CoD engine, that utilises the next gen capabilities of the Xbox One and brings a new dynamic look into the series. The models come complete with sub-surface scattering and self casted shadows in order to generate a much more realistic gaming experience.

The new narrative of the game is being headed by the award winner of ‘Traffic’ Steven Gaghan, that promises to show how far you can take the Call of Duty story. It will feature a government in dissaray with you, the player, fighting back against superior forces along with new characters and an all new dog companion.

Animation features were revealed as well including new immersion, momentum systems that allow you to unanimously jump over terrain, leaning around corners to better sneak up on your opponents and a sliding mechanic that gets you into cover and hot spots faster and cooler.

Multiplayer was also given a new sneak peak in order to reveal brand new dynamic maps. The maps will have player dynamics, that include blowing up doors and nearby cover, as well as world dynamics that bring in floods, earthquakes and even heavy wind conditions.

Brand new character customisation was revealed as well, that allows the players heads, bodies and gear to be altered with infinite possibilities. You will be able to make your soldier look and feel exactly like you want it to.

Running at sixty frames per seconds, using low latancy controls and bringing in a great feel to a great game, Call of Duty Ghosts is promising to be the must have FPS experience for all gamers come later this year.

Check out the teaser that went along with the images at the end.

What do you guys think of what CoD: Ghosts brings to the table? Will you be immersed into this new world? Let us know your impressions in the comments below.