I discovered the generative narrative of XCOM: Enemy Unknown late one college night. We’d hooked my laptop up to the television, wallowing in our mice-infested apartment, while my three roommates screamed at the top of their lungs. At this point, screw our downstairs neighbors. A grenade just exploded, and killed what was, ostensibly, our main three squad mates. In XCOM there’s permadeath, and the three were gone forever. All of us wanted to go back to an earlier save point, but the three of us had promised ourselves that just wasn’t morally right. We treated the game like it was a real war, and we got that experience down to the letter.

I replayed the game recently using the newly added Iron Man mode that autosaves each turn to prevent the rough decision we made earlier that fall. I wanted to understand why I felt such loss, and if I truly felt for my squad, why I didn’t just reset like a sane person.

After clocking in the initial five hours, the movement of this turn based strategy game starts to become clear. When a kill shot goes off the camera whooshes behind the attacker as time slows down. Unlike first person shooters, where the negative response is internal, (e.g. I couldn’t move fast enough or my finger slipped on the analog stick) the game simply forces you to watch in submission as a green bolt of plasma knocks the innards out of your favorite war hero. This feeling of dread, this cognitive dissonance between feeling in control and absolute helplessness, gives an emotional beat to the end of your squad’s generative story. It states, “You’re going to lose him, and you’re going to watch”. As cruel and miserable as this feature is, it works in the opposite direction as well. The player becomes so accustomed to seeing those similar whoosh pans and slow motion on their own fired shots that they become moments of glory. Just like that though, the player wishes the whole aesthetic was never invented.

It’s normally a huge “no-no” to present key moments of gameplay, such as death, into a passive sport for the player. You’re the commander though, and these are your soldiers. You can only issue orders. You can only watch as your careful plan falls apart, thread by thread.

Inside your commander room, where most of the game is played, sits the barracks. As a gameplay function it’s used to hire new troops and add bonuses to them based on their ranking. However hidden snugly in the menu options is the Hall of Memorium, dedicated to those lost in the line of duty. The first time I discovered it, it was heartbreaking. The laundry list of deceased names tore right through me. What stood out to me the most were those three soldiers ranked at the top, and the mission where they died: Operation Twisted Gorge. It was a moment of reverence for the lost, something completely missing from any other game I played. This area had no function other than to ruminate on the dead, and it was chilling. I’d return to this place several times throughout my first play session. It wasn’t immediately after people died. I was too in the thick of it at that point, but instead when I needed a gentle reminder. They were lost, but not gone. The aesthetic and backstory may hike down some unrealistic paths, the aliens have bulbous, caricature heads, it can easily become one of the most human experiences to those few invested. With the stakes so high, and the idea of a respawn nothing but a laughable easy mode, this game made you value every decision. It made you take pride in your successes.

I’d only brought one support class, nickname “Mr. Clean”, during this specific warehouse mission. It was my fourth or fifth of the night, and I had started to play on autopilot. The support took the front of the team… when he ran straight through the fog of war into five heavy, fully-armed mutons. These baddies were so horrifying I could smell them through my computer screen. My turn ended early, a rookie mistake, and the only one who could bring Mr. Clean back from the dead was himself. He was critically wounded, and I had three turns to finish the mission before he bled out. With half the mission still to go I took wild risks. I refused the generous offer of cover for the risky bolt into a flanking position. I used pistols when the shotgun wasn’t in close enough range. I took no more risks. It was the final turn, and a muton was up in the rafters. I had no idea if it was the last muton, if there were more around the corner, or if Mr. Clean would even survive. One last guy, my assault class, took a 27% chance shot from the opposite building and knocked his teeth out. Then the status screen appeared, “Mission Complete”. Mr. Clean would get to go home to his wife and kids tonight.

It’s normal to lose a squad mate in the game, especially early on. There’s just too many heated moments, too many variables unaccounted for. A car explodes next to your sniper, removing cover, and all of that is quickly followed by a torrential hail of green and red beams, but that’s how war is. It’s a bloody mess of tragedy, a reliance on those around you, and even celebrating when things started to look grim. XCOM managed to instill in me what war games have been missing as their central theme for the past ten years, a sense of reverence. I go to the Hall of Memorium from time to time, not to sulk in disrepair at the additions, but to always remember the ones we’ve lost.

The Crew & XCOM Now Free With Xbox Games With Gold 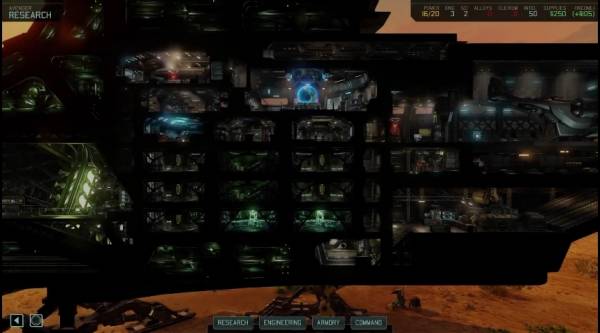 Firaxis Show Off The Avenger in New XCOM 2 Trailer