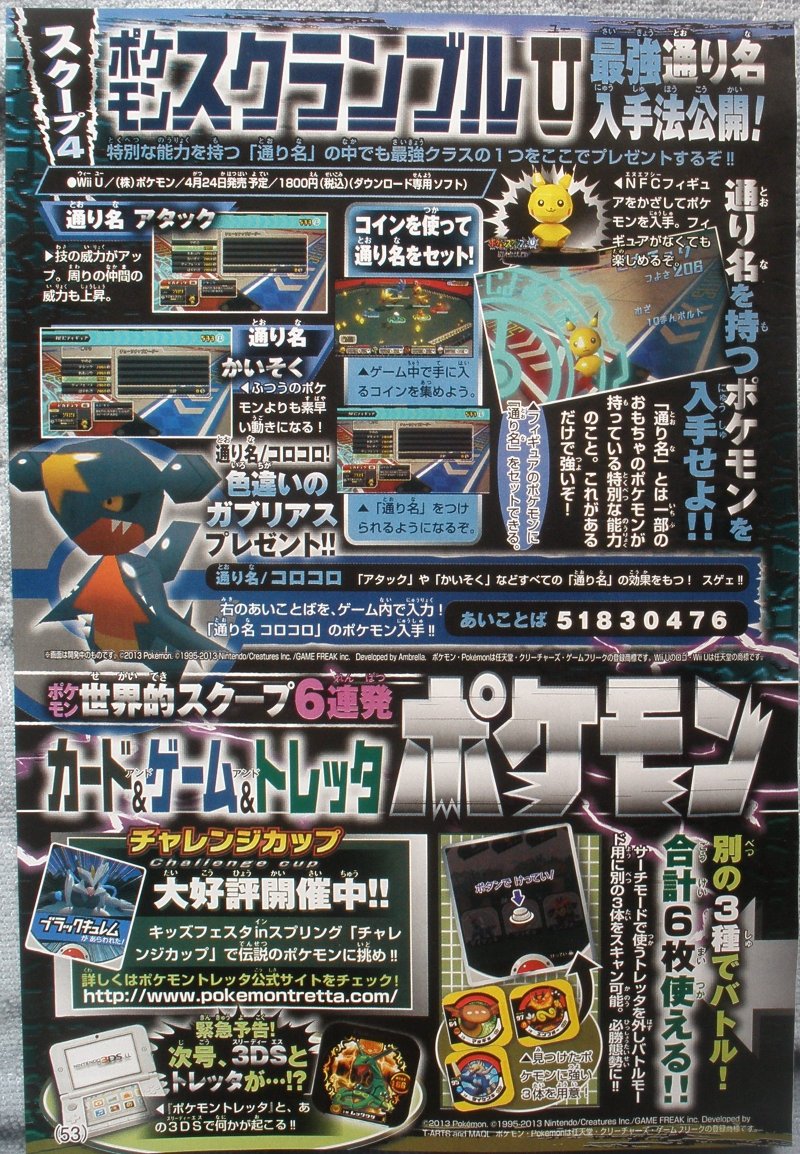 Details for Pokemon Rumble have come from CoroCoro. It reveals that the game will have a password system to obtain new Pokemon. The screenshot below also reveals that there will be special abilities in the game that can be manually set. Coins can also be used to set names of Pokemon Toys.

Finally, it is also revealed that shiny Pokemon will be making a return to the game, with a shiny Garchomp being distributred out with a free code: 51830476. We are unsure if this code will work outside of Japan, but there is no harm in trying it out once the game is released.