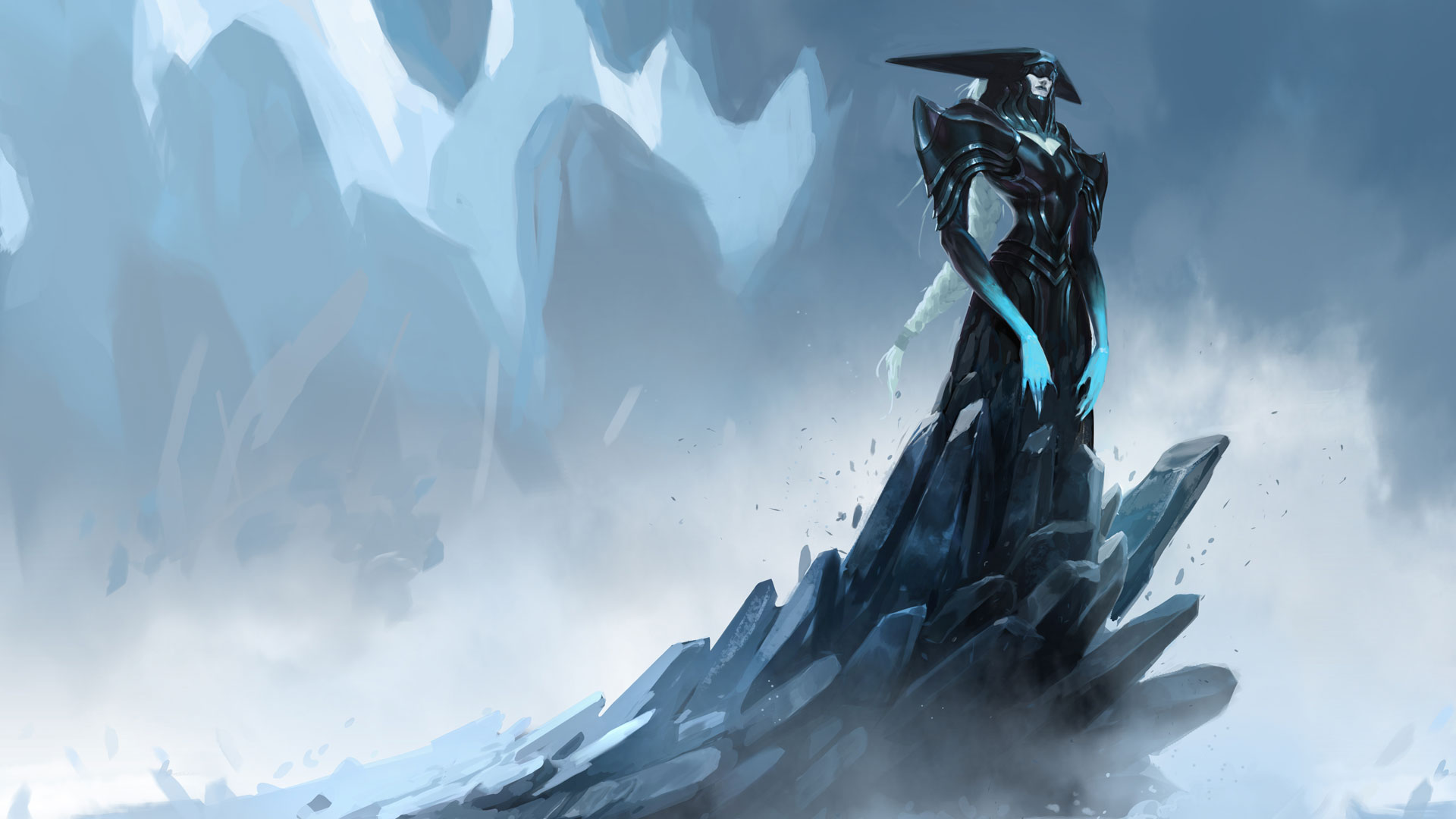 Lissandra is the newest champion that will be heading to our League of Legends rosters later this month. Whilst we look forward to seeing how she plays out, I think it’s time we look at what she could bring to the table. Will she be over powered? Will her abilities match up to other champions and quite frankly will she be worth it? Well let us find out with my top five Pros and Cons for the upcoming LoL champion.

If you’re as big of a fan of League as I am then you would may feel the same as I do when you see her art work. Lissandra just screams badass. Everything from an ethereal, energy based arms and a set of armour similar to that of Xerath. The horned helmet that covers up her face and only showing her mouth reminds me a lot of the awesome and bloody adventures of Judge Dredd. When you see this champion coming down into the mid lane, you can expect the first thing to see on your face is a wide open jaw.

Lissandra’s ability set is very heavy on slows, which can help her become a dominant champion in lane. Almost all of her abilities have the power to slow her opponent which is brilliant for the new meta game of LoL. Season 3 has made it so that crowd control is more important than ever. Although stuns, roots and knock ups are seen as the better forms of CC in the game, slows are still useful to stop enemies from either running away or charging in. These slows are going to make her laning potential very powerful and make her in general a force to reckoned with.

When it comes to playing the game of League of Legends, you have to work with your teammates in order to be able to either destroy turrets or kill champions. This can easily be summed up by speaking the term ‘Making Plays’ that has now become an iconic term in LoL. With the abilities at her disposal, Lissandra can bring the potential of creating some amazing plays in the lane. Have a think about this as a play: Lissandra is battling an Akali in Mid and her Jungler is in an ideal position to gank. Lissandra initiates the fight with her E to deal damage and to move her to a position behind Akali. As her opponent tries to run away, Lissandra and her Jungler take on Akali and, thanks to the slowing potential of her abilities, they manage to both score a kill and push the middle lane to the turret. Plays like this are a small example as to what Lissandra can be capable of, I know some of you summoners out there already have more crazy plays in your mind that you just can’t wait to try out.

The build opportunity for Lissandra is very large and open for experimentation. With an ultimate that can create the same immunity as Zhonya’s Hourglass, items like that and Guardians Angel can turn Lissandra from a power house mage into an undying crowd control queen. However if you do like to go all out with your damage potential, picking up items such as Void Staff and Rabbadons Deathcap will surely be what you need to become the envy of all your teammates. Judging from what she can use for item builds, she will be very easy to build for all levels of skilled players in the game.

The abilities that Lissandra brings to the table can make anyone immediate fall in love. However it is her passive that truly shines through in this case. Her passive makes it so that her next ability can be cast for free, for FREE! The cooldown on this ability goes down fast if Lissandra uses movement impeding abilities on her opponent. With all the slows that she has at her disposal, this could mean that Lissandra is able to fire off free abilities a good amount of times. This in turn makes her passive a much more mage friendly passive than Nunu’s that requires you to be more of a jungler or support.

Could this be a character with a very sour taste? When Zac was released, as said in the review, his flavour was amazing. He was cool, funny, witty and more when you played as him. The problem with Lissandra is that we may not be having as much of a flavourful experience when we play as her. Because she is themed around ice, many players could see her as a champion that literally resembles a block of ice, nothing but cold. Until we see more of her personality and whether or not her flavour truly is sour or not, Lissandra’s personality is looking pretty bad.

Because we do not know any of the numbers that go into Lissandra’s abilities just yet, it is fair to speculate that she may be overpowered upon release. Lissandra has a lot of power when it comes to damaging opponents in front of her or around her. If her numbers are not well balanced, then she can turn into a champion that darn right out matches anyone in lane. If you recall, the last mid lane mage that was classed as over powered upon release was Zyra. She was quickly balanced after the initial week of being out to the public, however the test realms are in place to balance her as best as possible before her initial release. We can only hope that her numbers are not too outrageous.

When Lissandra is in themed lane, she could show some great mid game dominance throughout the game, especially as an AP assassin. However, with her stronger forms of CC in comparison, Lissandra in comparison to the AP assassin LeBlanc is just too good to be true. LeBlanc is a champion that hasn’t seen a whole lot of play during Season 3 due to her high risk high reward gameplay. Only some of the most talented players can truly master her abilities and dominate in a mid-lane position. Now how does this tie in to Lissandra? Simply put, the new champion just seems to be LeBlanc’s Season 3 replacement. Easy to start with, easier to perfect and with an ability set that cries out crowd control, Lissandra may just be the champion that could knock LeBlanc off of the League of Legends radar.

1: Is The Passive Too Good To Be True?

Contradicting one of my favourite things about the new champion, Lissandra’s passive may just seem to good. Now of course this is based off of what we know so far of the champion as we do not know the cool down timer thus far. But let’s say it is a cool down of 120 seconds, you hit someone with an ability that causes a slow and the timer ticks down by a second. If Lissandra has items such as Chalice of Harmony and Tear of the Goddess, in other words items that can help with spamming abilities and cool downs, then the passive will be able to be used way too many times. A mana cast ability is fine in Nunu’s case, since he needs to hit an opponent a certain number of times to get a free cast, but if Lissandra’s passive can be ticked down due to all her abilities plus cooldown items then this might just make her a possibly over powered character for the mid lane.

So there you have it, Pros and Cons about Lissandra, The Ice Witch. Of course these views are completely based on what we know so far of the champion since we have no record of the current number on her strength, cool down reduction and mana cost. So what do you think of Lissandra? Do you have your own top five Pros and Cons? Then why don’t you let us know by leaving a comment down below.

Be sure to keep an eye out for our official review of Lissandra upon her release.