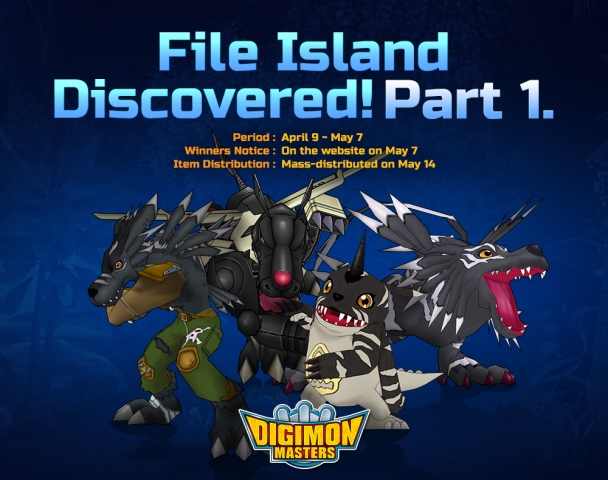 Joymax, a leading online game developer and publisher of free to play MMORPGs, today revealed the addition of an all-new powerful Digimon for its popular MMORPG, Digimon Masters. The latest Digimon makes its debut as part of a massive content update called, ‘File Island Discovered! Part 1,’ which launches today for the popular game based on the Japanese animation series Digimon.

Gabumon (Black) is a Reptile Digimon whose name and design are derived from a Kabuki puppet whose face instantly changes from that of a timid maiden to a horned fiend with the pull of a string. Although it is covered by a fur pelt, it is still clearly a Reptile Digimon. Due to its extremely timid and shy personality, it always gathers up the data which Garurumon leaves behind, and shapes it into a fur pelt to wear. Because it is wearing the fur pelt of Garurumon, who is feared by other Digimon, it fills the role of safeguarding itself as a result of protecting its body. When it is wearing the fur pelt, its personality does a complete 180° shift.

To celebrate the latest Digimon, players who purchase Gabumon (Black) will receive a special “Jewel Box” automatically beginning today through May 7th. When players use the jewel box an extraordinary jewel will pop out and give EXP points. There are six different jewels, with the pearl giving the lowest EXP, and a Garnet giving the highest! When a player receives the highest value, a garnet, they will get a celebratory message on the billboard for all to see and congratulate!

So what do you think of Gabumon (Black) hitting the scene as well as everything else the update has to offer the game? Let us know what you think down in the comments and be sure to unleash your inner Digimon Master today.