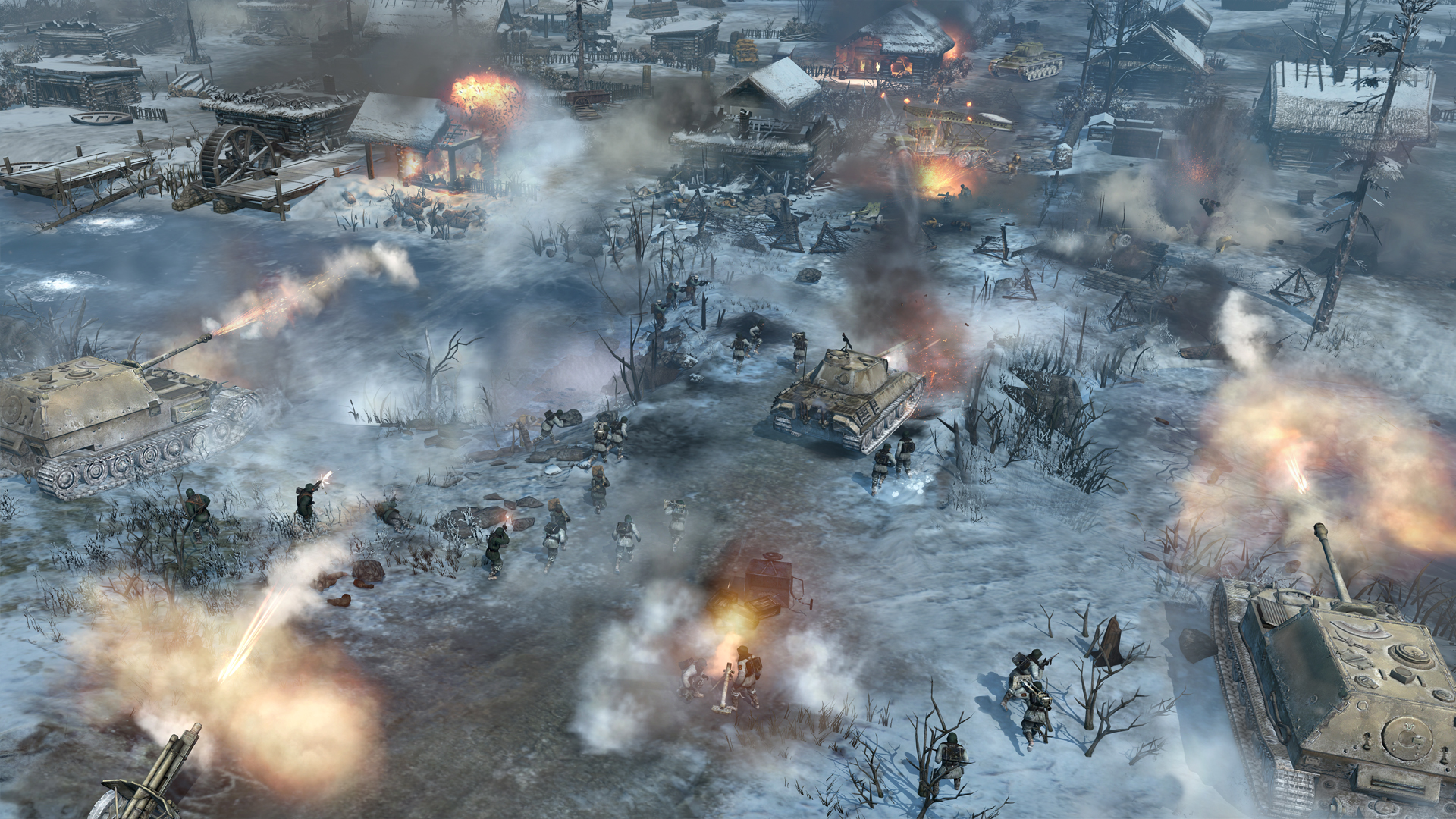 Comany of Heroes 2 is still a couple of months away, but Steam is well on top of things by offering you a few little goodies for pre-purchasing the game right now.

Company of Heroes was one of the best World War 2 RTS games ever made and fans of the game have cried out for a sequel since it’s release. Finally in June their cries will be heard and the anticipated sequel will hit the shops and game hubs everywhere. But why wait until then? If you pre-purchase through Steam you’ll get instant access to the beta and be able to start playing today!

As well as Beta access you’ll also recieve those all important Team Fortress 2 hats! Everyone loves TF2 hats and if you don’t, someone out there will and will trade them off of you! Along with the hats you’ll also recieve the ‘Theater of War’ mini-campain which will allow you to experience a new single player story from another part of the war. You will also recieve mutliplayer vehicle skin packs and 2 new multiplayer commanders!

All this for £39.99 on Steam right now, it’s a big package full of nice little things!

Will you be pre-purchasing CoH2? What do you think of the bonuses? Let us know in the comments below.