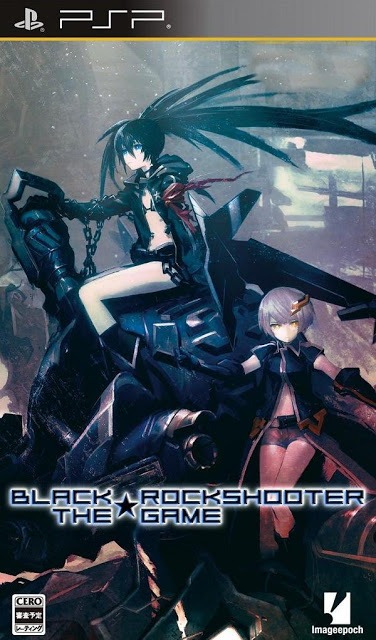 Black Rock Shooter has been out in Japan for a while now as has been on the minds of many JRPG and Anime fans. Orignally in Japanese only they guys over at NIS America are about to change that by bringing over to the english side.

The US version will be available on April 23, with the EU version* following the next day, April 24. Black Rock Shooter The Game is widely recognized for its appealing character designs from renowned artist Huke, and later on given voice by the ever popular Hatsune Miku. What began as a single character design has now evolved into an explosive PlayStation®Portable title.

About Black Rock Shooter The Game:
2032 AD—Earth has been ruthlessly assaulted by extraterrestrials, and nineteen years of nonstop battle now threatens the very existence of humanity. The last hope for human survival is BRS, a heroine created solely to save planet Earth; she is the ultimate battle android. But when she is awakened to end the battle once and for all, there are only twelve human beings left on Earth.

Key features:
The World: Explore ghostly city ruins, bizarre alien structures, and more as you travel through illustrator Huke’s vision of a devastated future Earth!
The Enemy: Engage in lightning-fast battles where your choices and reflexes are the only thing standing between you and total annihilation!
The Girl: Level up BRS to equip her with a bevy of attacks and skills to make full use of her superhuman abilities and gigantic cyber-cannon!
The Last Hope: Complete a variety of missions for the last remaining humans to unlock new guns, costumes, challenges, and more!