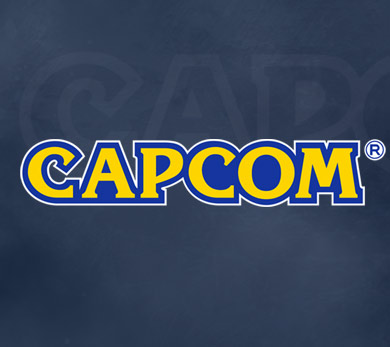 Away from the core of hall 9, far away from the busy walkways with press gandering at Bioshock Infinite and Defiance was Capcom. Next to where the Make Something Unreal teams sat busily crunching to finish their games as onlookers peering over their shoulders lay Capcom.

On the edge of the packed hall lay this small area, packed with TV stands hooked up to three of Capcom’s latest games for PS3 and Xbox 360. The area had a much more casual feel than the Nintendo stand. Three Capcom employees stood chatting to passers by, but never asked people to play their games, rather letting people come to them in quiet confidence. It also didn’t hurt that they had a small selection of free arcade cabinets to thrash a friend at Street Fighter with.

The games Capcom had on show for anyone to pick up and play were Dragon’s Dogma: Dark Arisen, Resident Evil: Revelations and Remember Me. All of the games were running on Xbox 360’s hooked up to large HD screens. While there were no headphones to wear to appreciate the sound in clarity, the volume was just loud enough to get the gist of the audio.

First up was Dragon’s Dogma: Dark Arisen. Taking place in the new area of Bitterblack Island with a bow-centric pre-created character. Walking through the dimly lit hallways of some form of ruin with a flaming bow at hand already gave a wonderful sense of tension. It was what the original Dragon’s Dogma excelled at, creating areas which promised wonderful treasures but also incredible horrors that could leap from anywhere.

After fighting off a few scaly looking abominations with the bow with three pawns it is easy to fall back into the usual Dragon’s Dogma flow. New items and equipment are healthily scattered around for those who wish to explore and take a few death-defying leaps of faith. Foraging for new Bitterblack items promised a future creating new item combinations, but sadly no time could be spent seeing what could be created.

It all conveyed what Dark Arisen is, more of the same Dragon’s Dogma experience but in a new setting. This isn’t a bad thing though as it adds enough new equipment and weaponry to keep things fresh through the foreboding Bitterblack Island.

Remember Me was a much different beast. Walking around Neo-Paris as Nilin gave an entirely different sense of emotions that the short time spent with Dragon’s Dogma. Streets of monochrome grey dripped under heavy rainfall as small boats rocked back and forth in the Venice like canals below. The atmosphere wasn’t oppressive, but even without the audio gave a pervasive feeling of depression and desperation. Buildings with metal nailed to windows and doors are common in the part of the city the demo took place.

After a short time spent performing some Prince of Persia style and making way into a warehouse Nilin is attacked by a few mooks. Here the game shows off the combat with player pre-pared combos. Sadly during the demo they were pre-prepared, but the combat itself was fast, fluid and enjoyable. Cart-wheeling between enemies to deliver punishing kicks didn’t feel under or overpowered, but just right so the combat feels entirely fair being dependant on the players skill and patience to learn the system. It would be easy to compare it to both Batman and Sleeping Dogs, but the emphasis on customising combos should set Remember Me apart.

Soon afterwards the warehouse was filled with a terrifying roar that signalled the approach of a disfigured brute. The muscle-bound ball of unbridled rage offered more of a challenge, dodging his punishing blows that could easily crush Nilin’s fragile form. Hopefully the final game will feature more varieties of foes, much like the criminals in Batman that required separate tactics to disarm and dispatch.

The final game was Resident Evil: Revelations. Anyone who has read out piece on Nintendo at Gadget Show Live will know how we felt it played on the WiiU, so was it any different on Xbox 360? Not greatly. The graphics seems the same, and the camera had the same uncomfortable focus on Jill’s tightly clothed rear-end. Having to pause to check inventory removes the nervous tension that Dead Space and recent Resident Evil games created by having to find a safe place to perform some inventory management.

The combat also lacked any feeling of punch or impact. Enemies shrugged or rounds until they crumpled into piles of gelatinous goo. Past games in the series got this spot on, even if many foes weren’t too bothered about a bullet in the eye, at least they reacted well to it to give a sense of an impact. Here it seems to be a case of filling them with enough rounds to drop them. While it makes the game feel tense with a serious case of being under-powered to fight the…whatever they are, it goes too far to feel ineffectual. Perhaps this will change with the final release with future enemies and weapons, but right now it lacks something to make it feel special.

The Capcom staff were more than happy to answer any questions about their products and offer a handful of jelly beans to anyone who needed that extra sugar-kick. The line-up of games they had on show seemed mostly strong in the short durations we had to play them, showing off what we will be playing in the coming months. Hopefully the kinks we experienced will be ironed out in the time before launch, but in all a respectable showing.

Will you be buying these games? If so, let us now down below in the comments.