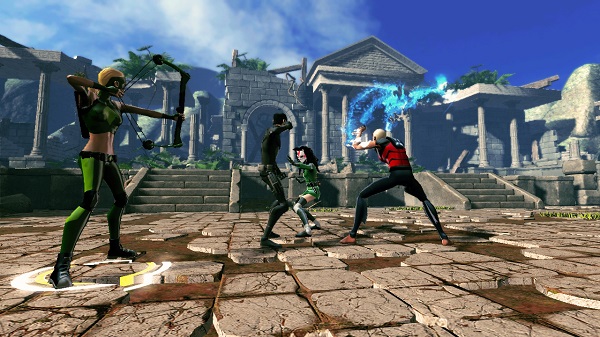 Popular TV series Young Justice, currently airing on Cartoon Network with a new series that began on 3rd March 2013, is finally getting a game based on the cartoon.

Little Orbit has announced that it has entered into a licensing agreement with Warner Bros. Interactive Entertainment for Young Justice: Legacy, set to ship early 2013 for Xbox 360, Playstation 3, Nintendo Wii and Nintendo DS.

Legacy sees fans playing through an original storyline set in between Seasons 1 and 2 of the cartoon, written in collaboration with the writers of the show, Greg Weisman and Brandon Vietti. The game boasts fan favourite characters, cameo appearances by Justic League heroes (such as Superman) and includes online multiplayer as well as local multiplayer modes. You can check out the teaser trailer below.

“The TV series is a fantastic combination of compelling writing, witty humour, iconic art and exciting action sequences. The creators have done an amazing job blending over 180 DC Comics characters into their show filtered through a new, youthful perspective” says Matt Scott, CEO of Little Orbit. When talking about the game, he said “The new video game contains a slew of cool features and a large playable cast of familiar heroes, but our core mission is to create a unique experience that fits seamlessly into the world of the show and offers a new way to interact with these popular DC Comics characters.”

You can check out a bunch of screenshots below, and the game is looking pretty impressive at the moment. Here’s hoping that it fits in with the cartoon world as well as Little Orbit boast!

Are you looking forward to the latest DC heroes game? Let us know with a comment, whether you’re a fan of the cartoon or not.