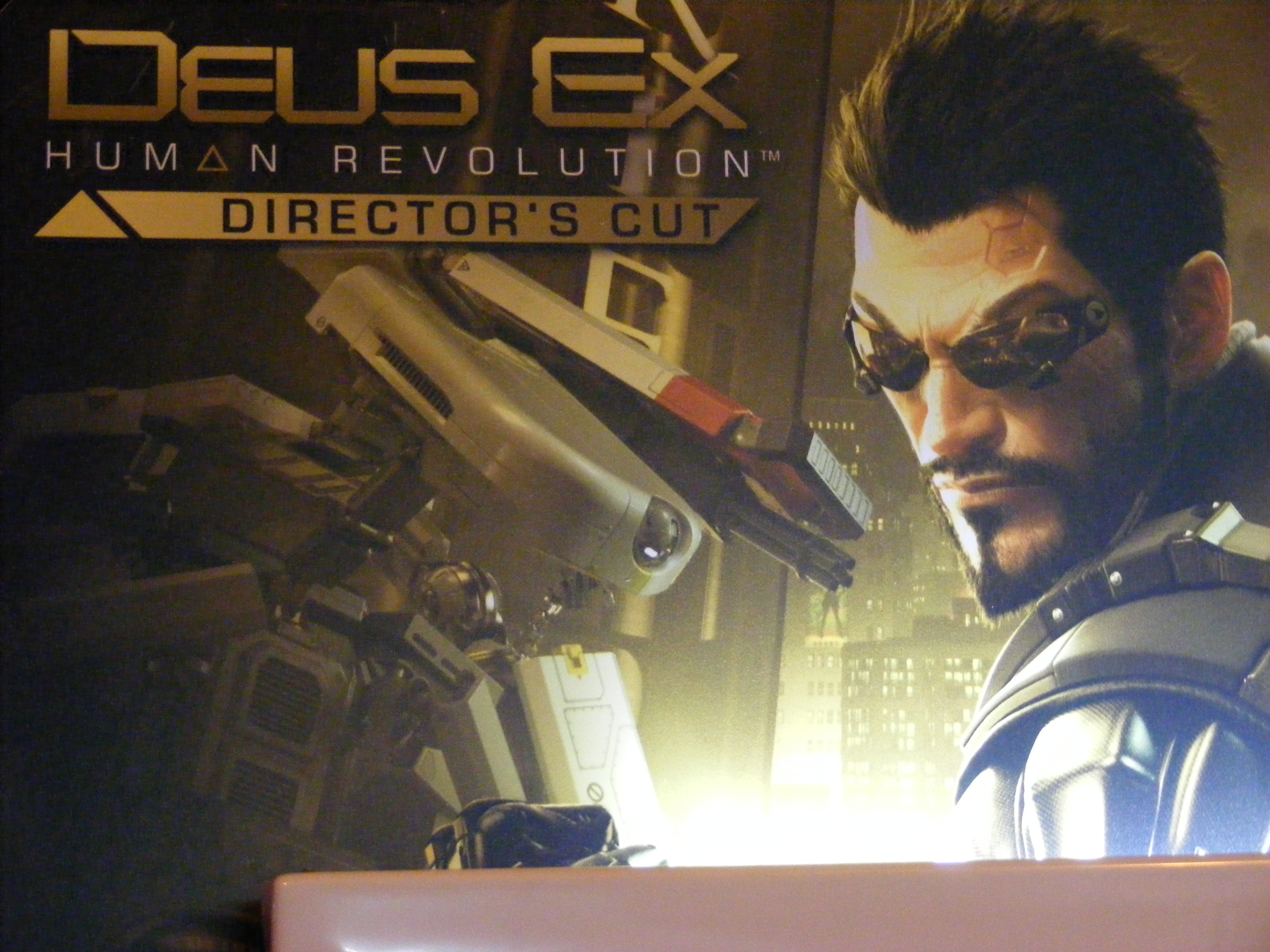 Wondering around, looking at all the latest technological wonders and marvels is all well and good, but sometimes you just need something to bring a smile to your face. At the end of one of the two packed halls this prayer was heard. More of a pen than a stand, a dozen brightly dressed individuals stood in uniform powder blue shirts beckoning passers by with the smooth Mac like edges of the Nintendo WiiU.

The small area featured half a dozen screens with playable demos of recently releases or upcoming WiiU and 3DS games. From the yellow tones of Deus Ex: Human Revolution Director’s Cut to the shiny streets of Fairhaven in Need for Speed: Most Wanted. That may just about be enough to slap anyone out of a foul mood.

The updated port of Deus Ex: Human Revolution was hard to get used to for anyone who has played the original release, but its for the better. Instead of the quick inventory or having to constantly pause to swap out weapons or take a gander at the map, it just takes a quick glance down check position or trade weapons. It makes inventory management much easier, shifting around ammo and grenades with ease prevents long instances of management that broken the pacing of the game.

The demo took place during the first real mission, taking back a terrorist infested production plant. The level itself was changed to focus much more on the gun play, making the new changes immediately more apparent forcing quick changes of weapons and tactical analysis. In the short time using them the controls make the game flow much better, improving an already great game that is out later this month.

Another game soon to come out was Resident Evil: Revelations coming out in May. The game is much more enclosed than the latest inclusions in the series. Set in a large ship, Jill must investigate the ship and the weird goings on within the bowels of the SS Queen Zenobia.

It wasn’t long before weird creatures came out of the proverbial woodwork. Popping up everywhere from toilets to the insides of washing machines the lumpy blue biomasses made themselves abundantly visible. The only available weapon was a rather weak pistol which felt like it had no effect as the enemy lumbered ever forward. While previous games had a sense of impact when a bullet shattered an enemies shin, this game made the gun-play feel weak and ineffective.

The WiiU game-pad also once again doubled for inventory and map. It would have been nice as well to see the control pad used for something more interactive though. Perhaps in the full game it will be developed more, but with the time spent it wasn’t immediately apparent.

Need for Speed: Most Wanted put the controller to good use by pushing all of the autolog features to the palm of your hand. Changing cars and swapping mods on the fly was much easier than the drop menu of the original console release. The game looks great on the WiiU, showing off all the bright sheen on PS3 and Xbox 360. Apart from the game-pad though not much has been added though, apart from the addition of the Ultimate Speed Pack DLC.

It was unfortunate that the Lego City Undercover stand wasn’t working on the press day, but it was made up for by the men and women attending the stand frolicking with joy playing Nintendo Land. Watching a group of 3 people in the centre of the small cordoned of area made a great case for the power of the WiiU as a party device. All throughout the day they could be seen trying to outdo each other in the various mini-games along with passers by brave enough to jump around like a ninny in full display of anyone wondering past.

As the calm amongst the storm, the Nintendo area was a great place to show of the features of the WiiU in a semi-calm enviroment. While not all of the games on display took full advantage of showing how they used the hardware, the re-releases made a case for how the hardware can enhance games we put down long ago.