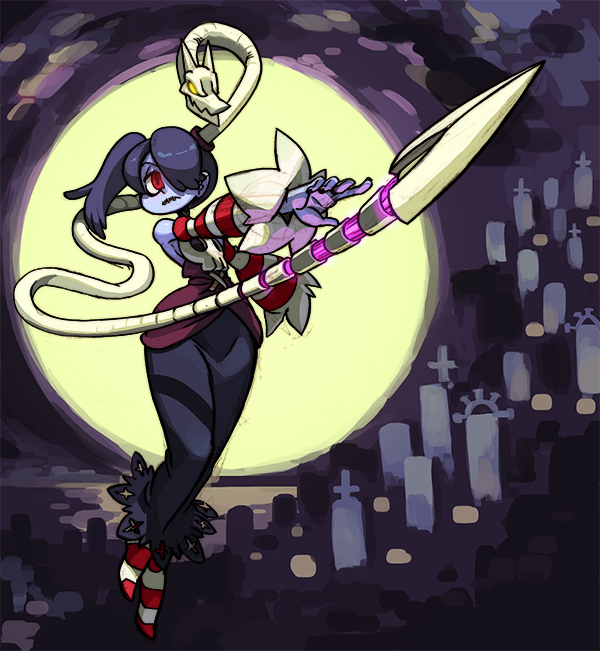 Sometimes crowdsourcing goes badly, sometimes it goes well, and sometimes it goes REALLY well. Skullgirls, a downloadable 2D figher released last April, originally wanted $150,000, a paltry sum when it comes to games and crowdfunding. This was to fund the development cycle of a new character so the team at Lab Zero Games could eat, drink and generally live as they worked on the game they loved. This goal was reached in less than 24 hours.

The Indiegogo project raised more than the $150K required. Finishing March 27th the project raised just under $830,000, just reaching past the projects most expensive stretch-goal of $825,000. For this rather large sum the DLC for Skullgirls will be much larger than just one character.

For this amount the team will make the original new character named Squigly with her own stage and story, as well as two other fighters named Big Band and Robo-Fortune AND two mystery fighters who will be chosen by fans via voting. On top of these five new characters, stages and stories, the cast will return for ten voice packs. Now that is a success story.

Did you enjoy Skullgirls? Will you be getting the DLC when it is released? Did you give money to the project? Tell us below in the comments.