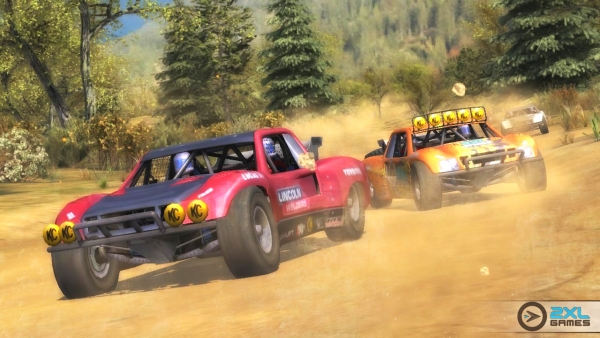 Jeremy McGrath, along with veteran games development studio 2XL and Reverb Publishing, are proud to announce that Jeremy McGrath’s Offroad is now available to download on the European Playstation Network for £8.89.

– Six Race Tracks including the snowy hills of the Netherlands and a tour of the richest biological reservoir within the Amazon Rainforest (talk about exotic!)

– Eight-player online multiplayer boasts dynamic interactions between all competing vehicles so players can see and feel the impact of mid-race collisions.

– Career Mode: Players take the role of superstar Jeremy McGrath in his bid for the Pro2 championship within the Lucas Oil Off Road Racing series.

What makes this game even better is that a percentage of sales of Jeremy McGrath’s Offroad will be donated to BeTheMatch.org, a charity that helps people with life-threatening blood cancers. Again you can grab this game yourself for 800 Microsoft Points or £8.86 on the Playstation Network. You can have a look at more game information on the official site.

It looks like a pretty good game and part of the proceeds go towards a good cause. Sound like something that interests you? Let us know in the comments below.