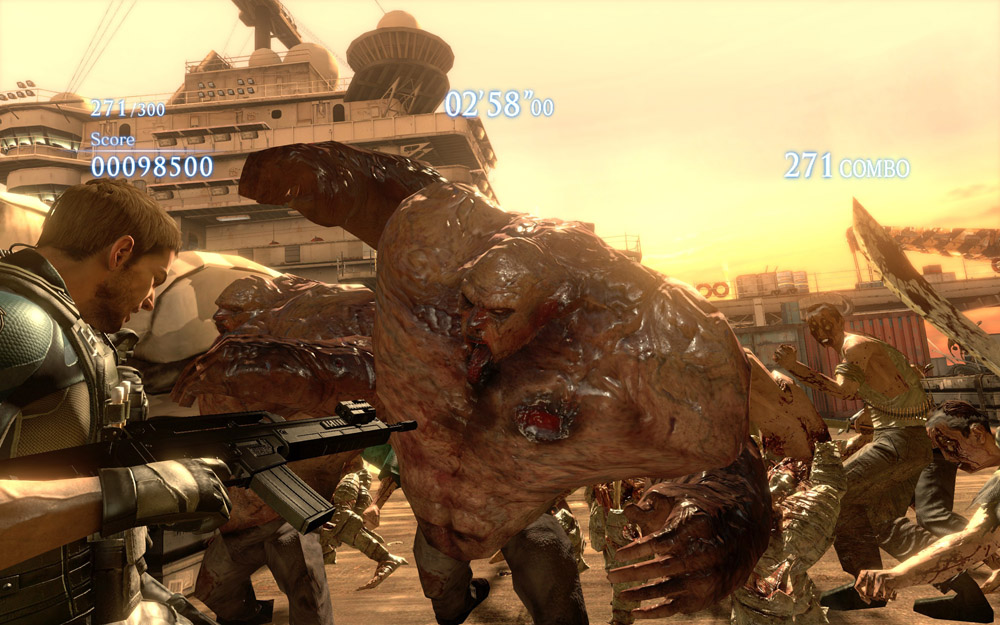 Owners of Resident Evil 6 PC will be able to select one of four survivors from Left 4 Dead 2’s iconic cast – Coach, Nick, Ellis and Rochelle – when playing PC exclusive mode, The Mercenaries No Mercy. Each character will have a special customized weapon load-out created just for use in Resident Evil 6.  In addition to the four survivors, two of the infamous Special Infected zombies from the Left 4 Dead franchise – the Witch and Mini Tank – will also make a cameo appearance in this mode, relentlessly attacking players regardless of whether a character from Left 4 Dead 2 or Resident Evil 6 is chosen. This new and exclusive content will automatically be downloaded in the background to all owners of the PC version of Resident Evil 6 from April 5.

Here are some screenshots for everyone to check out the crossover in action.

Commenting on the crossover project, Chet Faliszek from Valve stated: “We’re huge Resident Evil fans, so when the opportunity arose to work directly with Capcom to combine L4D2 and RE6, we jumped at it.”

Resident Evil 6 Producer Yoshiaki Hirabayashi added: “The Resident Evil 6 team really enjoyed working on this crossover, and we’re confident that our fans will have a great time with it too! We hope you enjoy this unique content.”

What do the fans think about this crossover project? Give us your thoughts on this with a comment below.