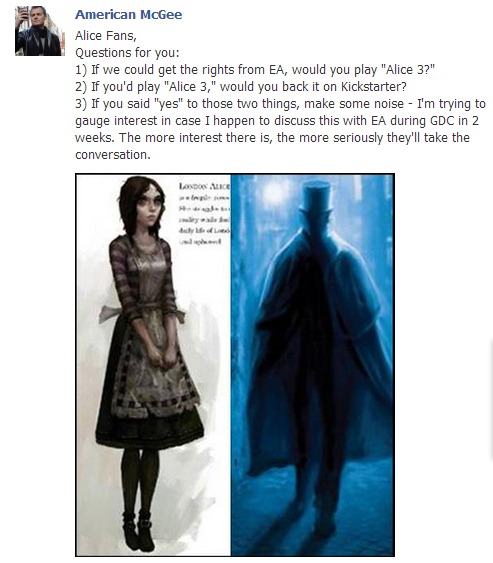 According to the status, American is trying to show EA that there is still a large interest in the Alice series and he is hoping that fans will rally together to make his talks with EA be taken more seriously. American has expressed his interest in working on a new Alice game before (See Question 16) so, if the fans make enough noise we could be hearing some good news in the weeks/months to come!

If you are a fan of the Alice series get over to American McGee’s Facebook and show your support, Alice 3 would be fantastic!

Would you play Alice 3? Would you back it on Kickstarter? Let us know what you think in the comments below!