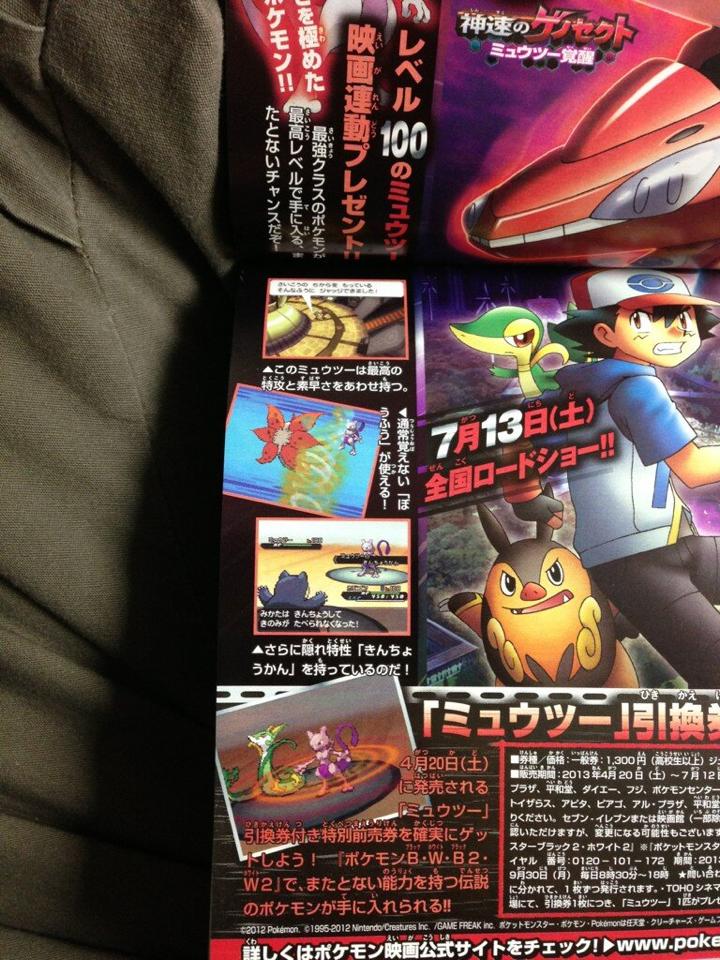 There are only a few scans for now but what they show is the complete stats for the Mewtwo that is being released along with the new Pokémon Movie in Japan.

The Mewtwo will know: Hurricane, Psystrike, Aura Sphere, and Thunder.
Mewtwo will also be Level 100 and holding a Custap Berry. Its ability is its Dream World ability, Unnerve and it and it will have max IVs in Special Attack and Speed! 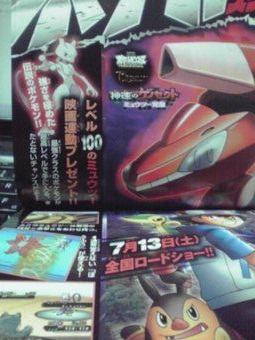 There is no news on Pokémon X and Y as of yet but we at VGU remain hopeful as postings on Twitter and other forums say that there will be some Pokémon X and Y news but not as much as was initially expected. Will it be anything like the recent Pokemon X and Y rumours?

What do you think of this Mewtwo? Good move set? Let us know what you think in the comments below!