Torment: Tides of Numenera is a story-driven CRPG crafted in the tradition of Planescape: Torment & set in the world of Monte Cook’s tabletop RPG setting, Numenera. Torment continues the legacy of Planescape: Torment, a critically acclaimed role-playing game from 1999 that’s considered by many to be a hallmark for storytelling in computer RPGs:

– The game is a single-player, isometric role-playing game.
– You will play a single, specific character, though you will encounter optional NPC companions you may choose to include in your party.
– The story-driven game will have a rich dialogue system and approach similar to that of Planescape: Torment.
– The game will be developed in the Unity engine for PC (Windows), Mac, and Linux platforms.
– The game will be available in English, French, German, Italian, Polish, Russian, and Spanish.
– The game will be distributed DRM-free. (You’ll be able to get it from Steam, and other DRM-free download options will be made available.) 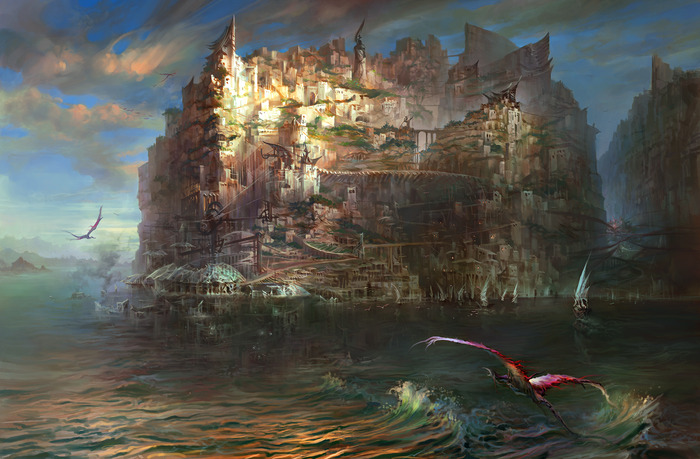 The game was looking very impressive and with a goal of $900,000 the developers started out there month long plan of how to help get their newest title funded on Kickstarter. However 6 hours later, that was no longer a problem.

“Our heads are still spinning at the incredible response we have had from today’s support of our Kickstarter campaign. We had plans to roll out our stretch goals and to write our Kickstarter updates but never in our wildest dreams did we think we would fund this quickly!!! We are joyfully scrambling right now to get a longer update and some stretch goals in front of you as soon as we can. We should have more to say later today.”

Nearly $1,000,000 in less than 6 hours is unheard of and is a great achievement for the team over at inXile entertainment and just goes to further show that Kickstarter, with enough planning and the right idea, can really pay off in a big way! If you want to pitch in to this campaign you can head over the games Kickstarter page and check otu some of the awesome offers that have encouraged people to back nearly one million dollars!

What do you think of inXile entertainment’s campaign? Do you like the look of Torment: Tides of Numenera? Let us know in the comments below!