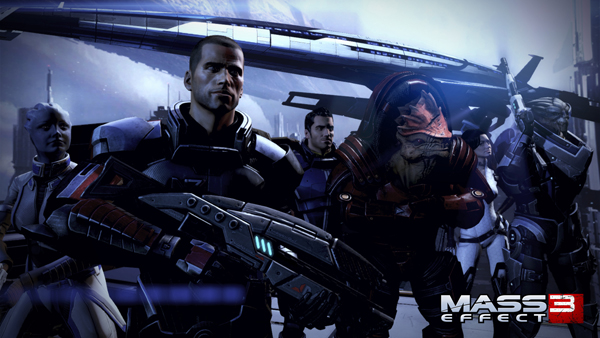 The journey had to end one day. While it may not be the end to the Mass Effect universe it is the end of Shepard’s part in it, and it is celebrating with a party it seems. Mass Effect 3: Citadel hopes to send the crew of the SS Normandy off with more snark and style than usual. The trailer shows Shepard and his squad showing themselves as they take some R+R, with more pop-culture references and sarcasm than ever before. Hopefully it will be a celebration of everything Mass Effect, wonderful characters and fun third-person shooting.

Here is the official DLC description:

“When a sinister conspiracy targets Commander Shepard, you and your team must uncover the truth, through battles and intrigue that range from the glamour of the Citadel’s Wards to the top-secret Council Archives. Uncover the truth and fight alongside your squad — as well as the cast from the original Mass Effect and Mass Effect 2, including Urdnot Wrex!”

Mass Effect 3: Citadel will be out March 5th.