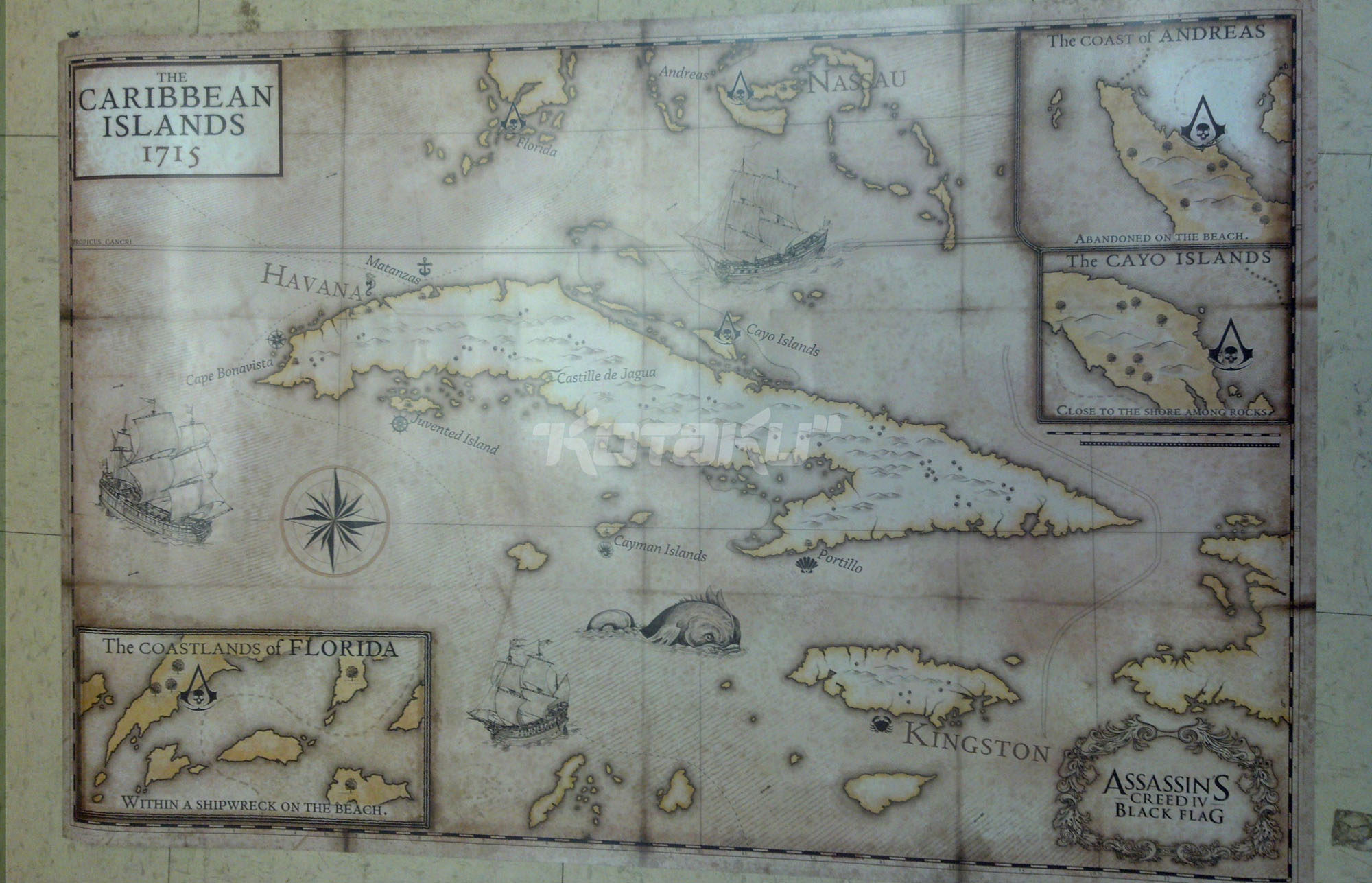 A new image is has been uploaded to Kotaku (shown below) that is supposedly a full size map that is on the back of the poster. This map shows the Caribbean Islands in 1715. If the main character is in fact Edward Kenway, Haytham Kenway’s father, then this date matches up pretty neatly in the scheme of things.

Click on the image to view the full map. (Image Source: Kotaku)

To further develop the Pirate theme of the next Assassin’s Creed game, various Assassins’ symbols are on the map. Each of these symbols features a skull in the centre.  Skull and crossbones have always been synonymous with Pirates, so that, along with the map of coastal islands of the Caribbean all but confirms that it will introduce a pirate theme.

Give us your thoughts on this map reveal in the comments below. Let us know if you’re interested playing as Connor’s grandfather and sailing around the Caribbean.