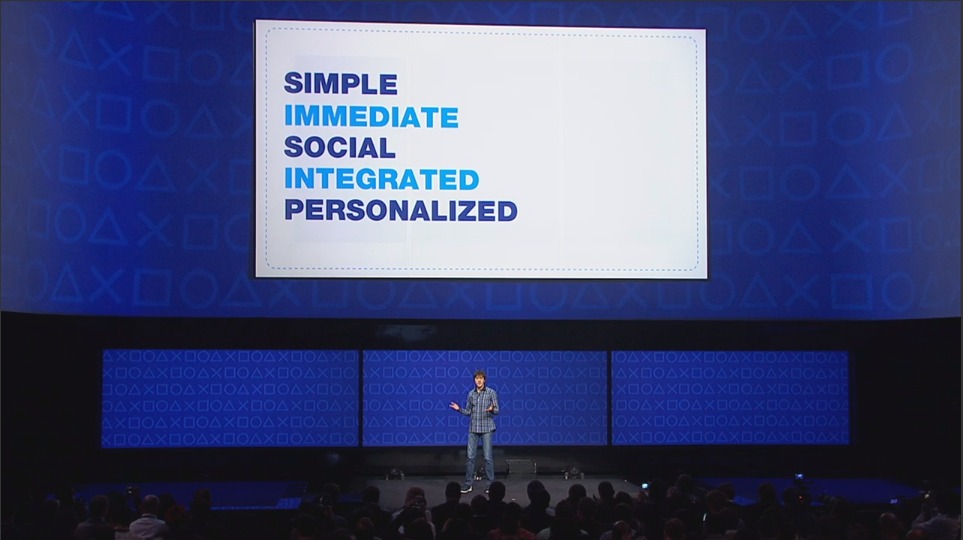 In Sony’s recent conference they officially announced the PlayStation 4 boasting an impressive set of specs for a next gen console and a new DuelShock 4 controller featuring a touch pad, a light bar and a new “share” Button. This new console, according to the conference, is focused on play and was created with game creators in mind and includes new features such as the ability to download titles and play them instantaneously as they download and a power saving standby mode which saves your current game state!

In addtion to all the new features, the new console also has a ton of social interaction included with it since Sony has now partnered with Facebook and uStream. These services will be integrated into the console so it can learn about you and then personalize itself to your needs, (i.e. it can predict what games you will like and pre-load them for you!) while also creating your own gaming network with your friends, this involves the use of the new share button.

The share button, as previously mentioned, allows players to instantly share gameplay with other players in a forum setting or even upload them to their PS4 page for their friends to see and comment on. This share feature also spreads onto other devices such as smart phones and tablets on the players Facebook styled PS4 page thus creating a social network for gaming dedicated to gaming!

Furthermore, the PS Vita can be used for remote play with the PS4 and apparently all PS4 games will be able to played via the Vita. The PS4 becomes a server that allows the Vita to play the game as it should be played which is awesome news!

But as we know, all good consoles need good games, and it just so happens a few happened to be announced:

– First off was Knack, a new game currently under development by the man behind games such as Ratchet & Clank, Crash Bandicoot and Jak & Daxter, Mark Cerney.

– Drive Club, a racing game announced by Evolution Studios which takes driving to the next social level.

– Killzone Shadowfall by Guerrilla made a huge appearance with a ton of explosions in its demo.

– Watchdogs, Ubisofts latest IP, is confirmed for the PS4 with a new gameplay demo.

– Jonathan Blow’s latest title, The Witness, was confirmed as a PS3 exclusive.

– Media Molecule will bring your dreams to life via a 3D modelling program for the console.

– A new Dark Fantasy from Capcom, Deep Down (working title) was revealed.

– Diablo 3 was revealed to be coming not only to the PS4 but the PS3.

– Finally, Destiny, Bungies new FPS franchise will be coming to PS4 as well!

This is some amazing news and we think there are still more to come, because after showing what 3rd parties will be working with Sony we here at VGU believe that some more big reveals will occur at E3 this year. Finally, all of us at VGU can honesty say that we definitely cannot wait to get a PlayStation 4 this holiday season! (If you live in the UK, GAME are taking pre-orders for the PS4 now!)

What do you think of the PlayStation 4? Will you get one? Let us know what you think in the comments below!