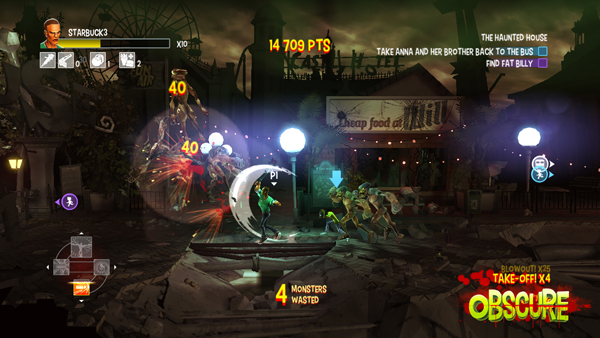 Obscure was a game way back when about a group of teenagers roaming a high-school and being picked off one by one by creepy-crawlies and all manner of horrid things. It did well enough to get a sequel and a PSP remake of that sequel but then it fell off the map. Now however Mighty Rocket Studio have brought it back, but not how you would expect it in this debut trailer.

Now a 2.5D type side-scrolling shooter, it is a far step from the survival horror roots. The new game however promises combos and co-op play with four playable students, each with their own unique abilities and traits. Levelling-up, skills and weapons-a-plenty are also promised. For now though, here are some screenshots to tide you over.