Jon Shafer, lead designer of Firaxis Games’ “Sid Meier’s Civilization V”, is excited to announce that he has founded Conifer Games, a Michigan-based independent studio. The first project from Conifer will be “Jon Shafer’s At the Gates”, for which a Kickstarter campaign was launched today.

While at Firaxis and Stardock, Shafer experimented with new ways to conceptualize the empire building games that dominate the strategy world. With “Jon Shafer’s At the Gates”, he wants to provide gamers a fresh experience that is challenging from beginning to end set atop a constantly evolving landscape.  Jon Shafer’s At the Gates can be found on Kickstarter and is targeting a goal of $40,000.

Set in the waning days of the Roman Empire, “Jon Shafer’s At the Gates” casts you as the leader of a barbarian tribe, ready to fill the power vacuum left by a great power in decline. You must compete not only against other nations, but with an environment that does not eagerly feed your people and armies. The resources of the world you are constantly depleting, requiring you to move your tribe in search of new ones – or to pillage those of your neighbors.

Will you be ready for a long, hot summer that scorches your fields, or a winter that freezes the river that once served as a wall to fend off the Huns? “Jon Shafer’s At the Gates” features seasons that transform not just the world, but the strategic options available to you. Let us know what you think in the comments below. 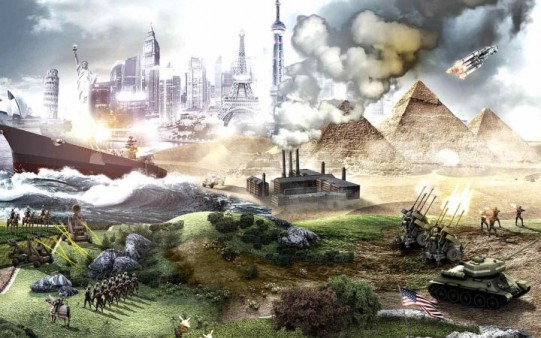 Civilization V Is Free to Play on Steam until October 23rd