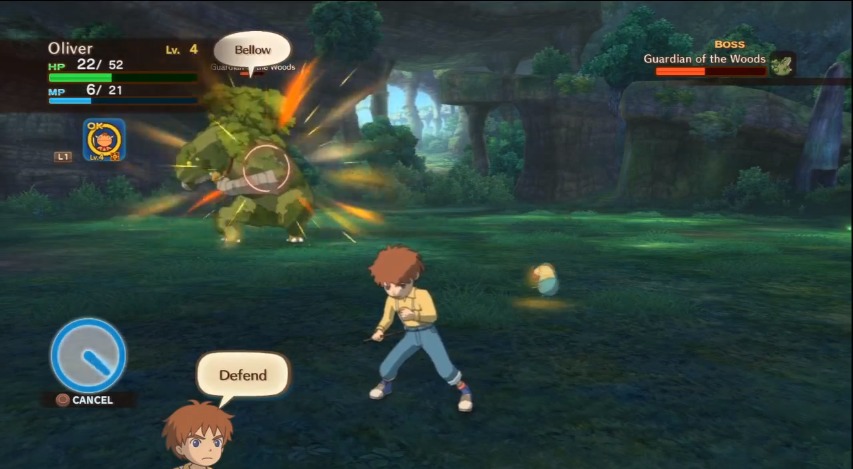 “Scrolls” is a new game being developed by Mojang, better known for the company that created Minecraft. It is set to be released on PC, Mac, iOS and Android and will allow you to battle players around the world using your personal Scrolls deck. Yes, Scrolls is a card game or sorts but has splashing of table top action games in there as well and luckly VGU managed to get a go at the alpha thanks to TheSneakyBros on Youtube, thanks guys!

Jumping straight in, Scrolls is a resource based card game; this means you have to use the cards to power other cards which are all specific elements, in this games case, Growth, Order and Energy, very much like Magic the Gathering. When building a deck which has to consist of 40 cards you have to balance high cost cards with low cost cards to make an effective deck. The cards that were available seemed very balanced and no particular type looked better than the other which is to be commended for a card game in its alpha. I built a Growth deck that focused on bringing out wolves and dealing quick damage for low cost and then jumped into a test game.

Both players start with 4 cards in their hands and each turn each player can draw1 card. Then the player can choose any card in their hand to either add to their resource pool or discard the card to draw 2 more cards. This is a nice touch as it allows you to remove dead cards in your hand if you do not need any more resources. There are various types of cards in the game, enchantments, structures and spells etc but the cards that will be doing the most damage are your creatures. When you play a creature you must place it on your side of the board in one of the hexagons, this is where the board game element comes into play.

To win you must destroy 3 of your opponent’s totems by having your creatures attack them (Sine they all have 10hp) you can more your creatures around your board to get into better positions and to attack specific areas of your opponent’s board as well. It’s hard to explain but this can become very strategical and can become confusing but after a few games you will get the hang of it. After winning you will receive gold depending on how well you played as well as some extra information showing you how you played which is nice to see as it can help you refine your gameplay. I am not going into how the game is played too much as you really have to try it for yourself but it is a well-designed card game, its relatively balanced and has a charm to it which I think is boosted by the table top aspect.

After winning gold you can use it in the Store to buy new cards for 10 gold each. This is how you improve your deck, by playing battles over and over until you amass enough gold to buy more cards to improve your current decks with. While this is fun it can feel a little slow, especially if you start getting duplicate cards, I would have expected 2-3 cards in a “pack”.

At this moment in time there are very little amounts of players playing the game, this means actually getting in an online battle is rare so if you do get into the alpha prepare the fight the A.I until your eyes bleed. Easy mode becomes beatable fast, medium mode gives a nice challenge for a while but becomes beatable but hard mode? Wow. The Hard mode deck is perfectly built and you will have your butt handed to you most of the time which sucks a bit but after some time (I think?) you should be able to beat it after you eventually get better cards.

Also on the menu, greyed out and un-selectable, are a campaign mode and an online tournament mode. This is a sign of good things to come for a game that really has little to it at the moment. However, this is an alpha version of the game so it isn’t perfected. Another alpha game problem is that the game can crash at odd times and may lose its connection occasionally but it is an alpha and you should expect that at this point and more importantly it doesn’t dampen the overall experience.

Scrolls seems like it will be a cool card game, an interesting board game and a well-executed concept, however it is hard to gauge how good the game will be because it’s not all there. But what is there is the makings of a really cool game which I cannot wait to get right into when it is released!I hope you enjoyed this preview but I must stress, card games are hard to preview/review due to the complexities and variety, this game is really something you have to play for yourself to really understand and enjoy. So make sure to buy it when it comes out ok?