The Voice actor, Erik Todd Dellums, widely known as his role of radio DJ “Three Dog” in the post apocalyptic Bethesda RPG Fallout 3, has just tweeted at the possibility that more could be on the way, exciting Fallout fans everywhere.
Prior to the game Fallout: New Vegas, which was created by outside company Obsidian (made up of actual ex-Interplay employees who had worked on the original 3 Fallout titles), Fallout 3 was an In-House creation by Bethesda themselves, Veterans of the 3D RPG with the bestselling Elder Scrolls RPG Franchise, what makes this news exciting is that Erik, voice actor for the original Bethesda works, has tweeted this possibilty, meaning that there’s a chance Bethesda could be working on a direct sequel to the original story.

Added to the rumour that Fallout 4 will be announced at PAX:East (Boston) in march, and that the game will take place in Post Apocalyptic Boston, this news from Erik bumps up the likelihood that besides DLC for TESV: Skyrim, Bethesda are returning to the post apocalyptic universe of fallout once more, and by the looks of the new engine for Skyrim, it’s going to look darker, dingier and more irradiated than ever. Who can argue at the chance to blow up super mutants once more to the sweet music Three Dog brings to the wasteland?

[UPDATE: Erik has tweeted that he was “allowed” to tease the new Fallout, proving it is in development] 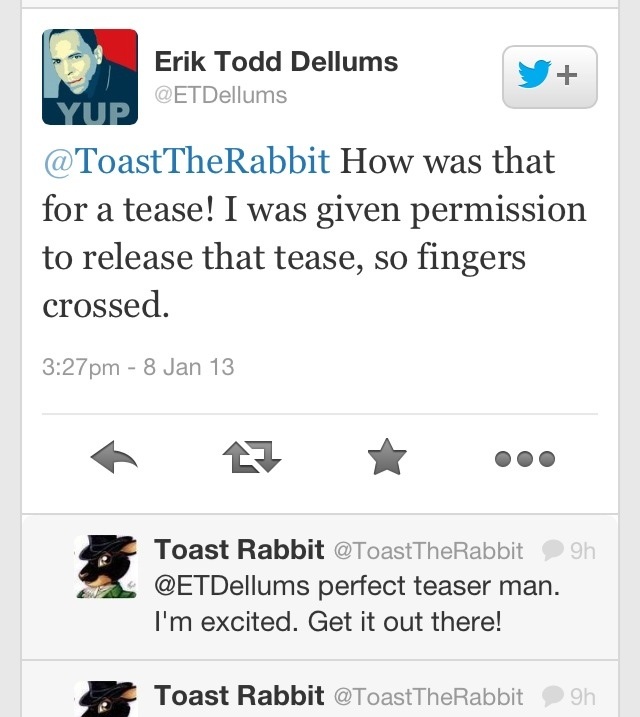 PlayStation Plus Free Games For December 2018
Powered by Magic