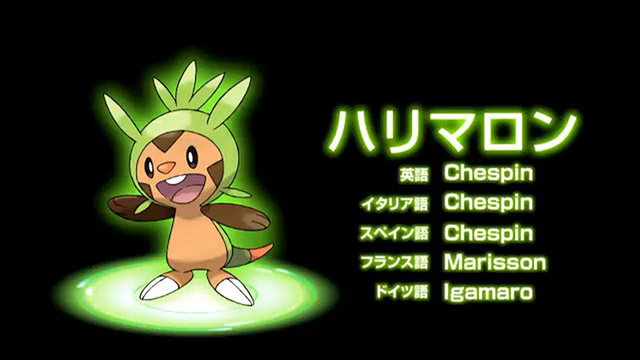 Today saw the unveiling of the newest Pokemon games, and the gaming community appears to be very excited. Every generation of Pokemon the creatures get more fantastic, creative and insane, and Pokemon X/Y are no exception to this rule! What started off with Charmander, Squirtle and Bulbasaur now begins with Chespin, Fennekin and Froakie (yes you heard those right). Haave a peek at our new starting trio!

The new games feature not only a whole new bunch of Pokemon but also a brand new female adventurer! They will also be the first pokemon game not named after a colour (if you class Diamond, Pearl, Platinum and Crystal as colours), so this could be the start of something pretty awesome here! “The stunning visuals, a completely redesigned environment, game scenario, music, and communication features will bring smiles to the faces of video game players around the world” says the official release.

And, of course, there are new legendaries as well! I’m really hoping these definitely going to be in the game because they look absolutely gorgeous! The only downside is now ther are more legendaries to catch…

There are a whole bunch of screenshots in our gallery so make sure you check them out! It’s definitely a good day to be a Pokemon fan. So what do you think of the new game so far? Leave us a comment on how the generations are competing 😀