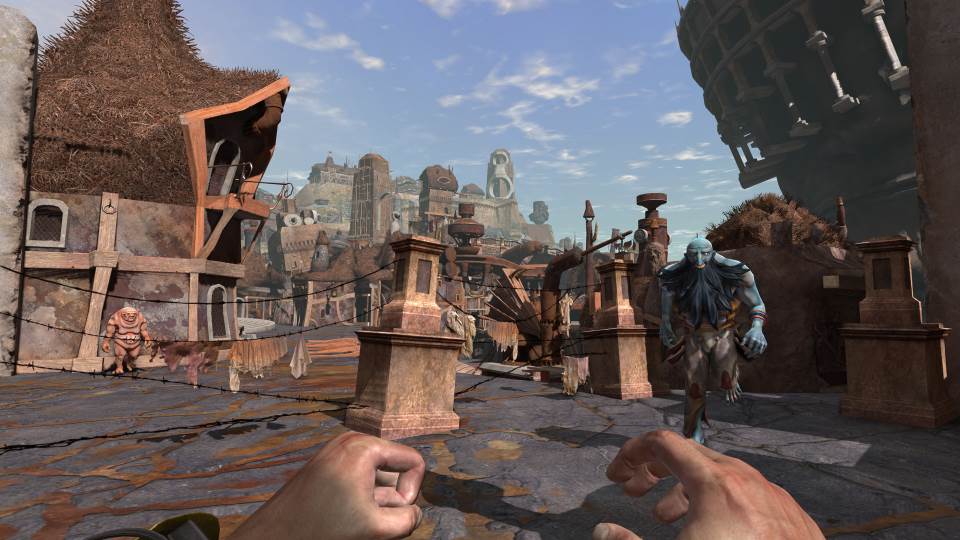 Zeno Clash 2 is the sequel to the indie game Zeno Clash which was a first person brawling game with a crazy graphical twist. Atlus have teamed up again with the developers to bring us all Zeno Clash 2.

Beyond the overall visuals of the game which are set to be improved, Zeno Clash II is going to be redefined to add to the game play foundation which the first game set. The first person brawling mechanics are going to be improved and the “lock-on” function is going to be redefined to give the player pinpoint control over where the strike lands. The game is set to add more RPG elements to allow players to improve their strength, become masters of defense or to improve in other areas to make Ghat and his companion Rimat have a better chance of survival.

Lastly, and perhaps of the greatest excitement, the entire game can be experienced with drop-in/drop-out online cooperative multiplayer.  Ghat can now be joined by his sister Rimat in battling past the angry denizens bent on stopping them from accomplishing their goal.

Check out the latest screenshots of Zeno Clash II

Zeno Clash the original also for a week only is getting 50% off on Xbox Live Arcade.

Have not played Zeno Clash? Here is the story.

In the land of Zenozoik, the city of Halstedom is ruled by a powerful clan, one which Ghat has betrayed by killing Father-Mother, the clan’s leader. As Ghat, you’ll have to face your brothers and sisters, insane anarchists and other enemies, in order to escape in this unique first-person puncher. The bare-knuckled brawl to reach the truth has just begun.

Have a Happy New Year! The VGU Team.