Disclaimer: Episodic games are a weird one to review; with a new episode comes a new review but it’s still the same game as before; it’d be like reviewing the campaign to Gears of War in five instalments and talking about how the shooting feels in each one. Consequently, there isn’t much talk of how the gameplay functions or Life is Strange’s aesthetic style here because it’s the same as it was in the previous episodes. If you don’t want to read this review in a vacuum, check out our reviews for Chrysalis and Out of Time.

Going back and watching old TV series, you realise how awkward those first few establishing episodes were, before the actors fell into their characters and the writers got to grips with what works and what doesn’t. Life is Strange felt a little like that to begin with, but I’m happy to say that Chaos Theory represents DONTNOD hitting their stride.

My main complaint throughout the first two episodes has been the clunky delivery of a lot of the puns and references and, whilst I’m not entirely sure it isn’t just Stockholm syndrome setting in, Chaos Theory’s delivery of its dialogue seems to be more comfortable than previous episodes. Don’t get me wrong, there is some cringe worthy teen dialogue, but it feels more natural, like a character who would make a cringe-worthy remark doing so, rather than just a poorly written line. 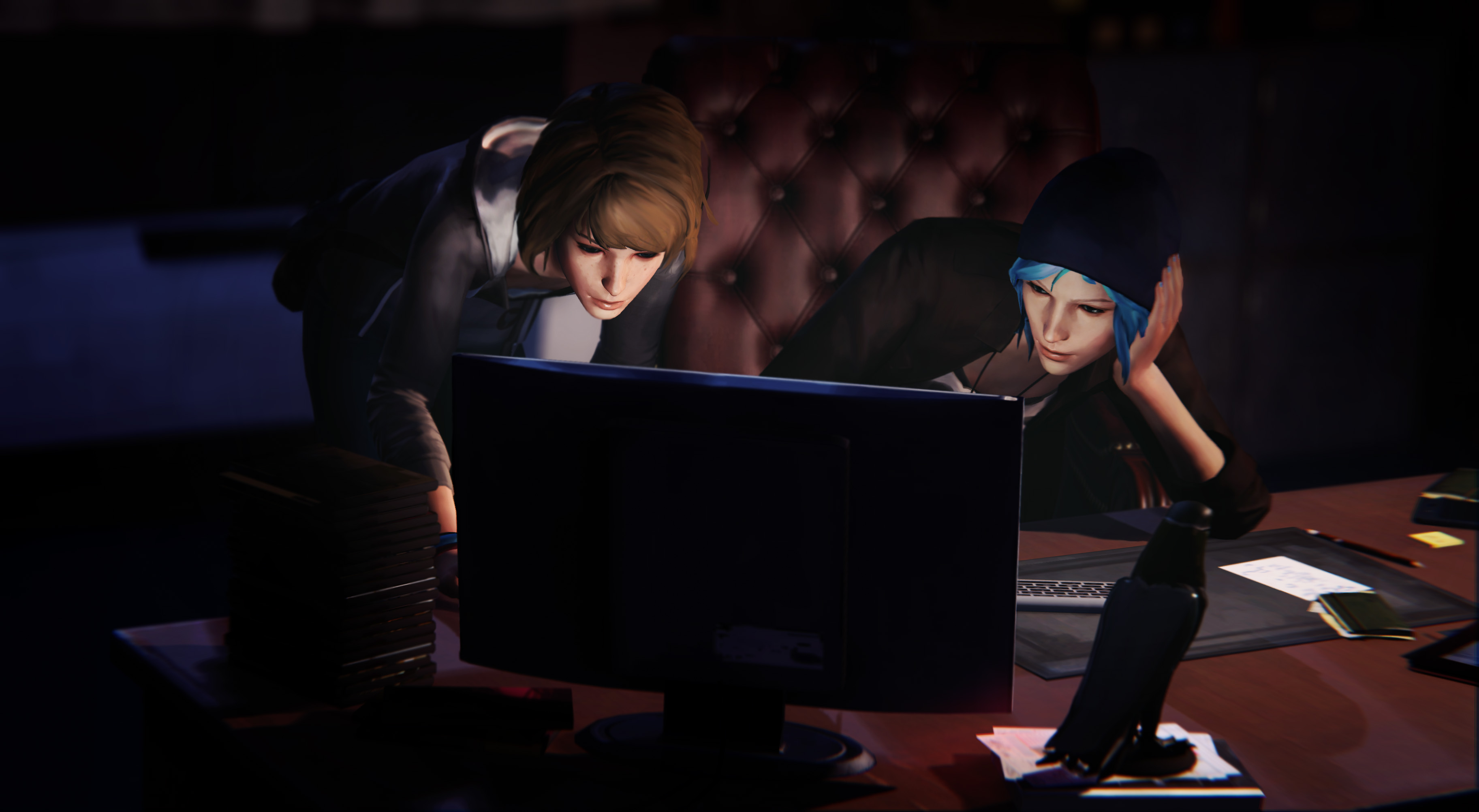 DONTNOD seem to have gone to great lengths to understand the cast of characters they are trying to portray, from their language and mannerisms down to much smaller details. An example of this comes up at the mid-point of the episode, when Max and Chloe sneak into Blackwell Academy late at night. The place is dark so obviously Max whips out a torch, except she doesn’t, she uses the torch light on her smartphone. It’s a small touch and it seems so obvious, but many developers would have had her whip out some big-ass D battery powered monstrosity.

In addition to learning their characters, they’re also getting to know their audience and have begun playing around with their minds. There be spoilers ahead so if you don’t wanna hear it, turn back now. An opportunity comes up to either have Max kiss Chloe or not; I checked the stats afterwards and 80% of players had them kiss. It’s not what you’re thinking, Chloe dares Max when berating her for being a chicken, so if you try to kiss her she pulls away, taken aback by the new, braver Max. Given that the kiss doesn’t go well, my first instinct was to rewind and not do it, at which point Chloe says “whatever, don’t pretend you didn’t just kiss me and then rewind it”. Touche.

The story is really picking up traction now too. To steal a page out of DONTNOD’s book, I’m going to shamelessly drop a nerd reference for credibility; the ending to Chaos Theory represents Max’s Spiderman moment where she learns, sing it with me folks, that with great power comes great responsibility. Avoiding spoilers, I’ll just say that Max makes a change to the timeline which has much more drastic consequences for her and those around her than anything she has previously done. Hint: The title is a dead giveaway.

I really wanted to give the last episode top marks, but clunky dialogue in a dialogue-driven game was too great a sin. I may have just come to terms with my captors, but Chaos Theory seems to be well on track to writing this final wrong in the series.

The series has been teetering on top marks since its inception, but now the writers have finally hit their stride and sorted out that clunky dialogue problem, for the most part. It's not perfect, but you will not find better. I can't recommend Life is Strange to you more, and this glowing recommendation is in no small part due to Chaos Theory.