Not to be left out of the party, the Deathstalker is the latest keyboard to join the Chroma club. Boasting Razer’s Chroma technology it obviously comes with more colour choices than days left in this century, but what else does it bring us?

A different direction is taken to our previously reviewed BlackWidow. For a start the Deathstalker isn’t mechanical, which is usually a big no-no to the more hardcore PC demographic. In the past mechanical vs membrane keys was like trackball vs laser mice, however that’s not really the case nowadays.

The Deathstalker Chroma is one of the few high-range keyboards to not use favoured mechanical switches, a choice that can either appeal to some gamers or cause them to lose interest. This doesn’t mean the Deathstalker lacks an audience, in fact its unique choice of switches opens itself to an entirely new audience: the laptop gamers. As the use of chiclet switches are very similar to those found on a laptop keyboard, then those who may be making the jump from their laptop to a PC can find a keyboard which offers a feel of familiarity.  Similarly with a laptop, the effort and force needed to press chiclet keys is also less than that of a mechanical keyboard, meaning although you may not get the 100% reliability and reaction press with the Deathstalker, the fact that there is less button to press could be an argument against mechanical keys. Although this is a debate that will outlast every major religion so we won’t get into it here.

The Deathstalker still has plenty of features for the average gamer to get a kick out of. Razer are still using their ever-popular anti-ghosting technology which allows for up to ten key presses at once, rather than the standard of only three or four. So if you’re the kind of gamer who plays with both hands fully on the keyboard then this is for you. The keyboard also comes with fully customisable keys so players can tailor their keyboard completely for their own preferences by pre-recording macro commands over numerous profiles depending on the game they are about to play. So whether you are going to fight the world in a popular MOBA title or just do some MMO raids, the Deathstalker can be customised for the experience.

Like many of the other Razer products, the Deathstalker also has a gaming mode option. This allows users to disable keys that may accidentally take them out of the game, such as the Windows key or the combination of the Alt and Tab key which can often lead to players accidentally throwing themselves out of their game. This feature has become a standard, not only for Razer products but all gaming keyboards and it’s a feature that should never be taken away.

The Deathstalker also had a feature that the BlackWidow lacked, a wrist rest. When playing games for a long period of time, if the player’s wrists are arched up it can get pretty. Luckily the Razer Deathstalker has a fixed wrist rest on the keyboard, meaning hands can rest on a gentle slope rather than being arched or raised; this is a feature that the BlackWidow needs to have make a return. 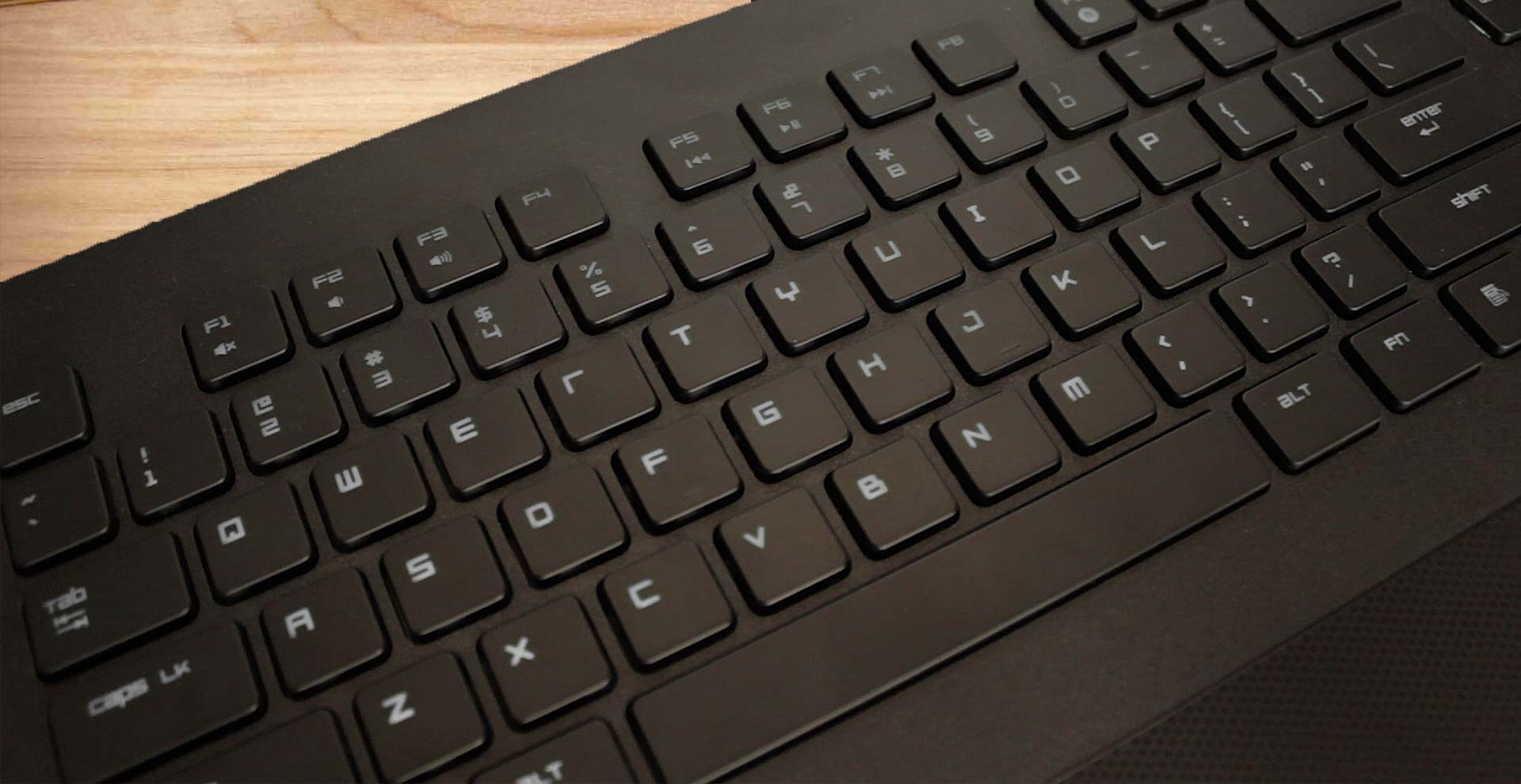 As the same suggests, the Deathstalker also features Razer’s ever popular Chroma features, which means users can have their keys light up in mesmerising patterns as they play. Sadly it has had some Chroma features removed, leaving users with only the basic options for the customisation of the 16.8 million colours it offers. It’s only a small setback which does not impact the performance of the keyboard.

In terms of use, the Deathstalker was an adequate keyboard for use both in terms of office and gaming. The chiclet switches meant that keystrokes were incredibly quiet and did not cause distraction, the keys still felt nice to the touch and didn’t pick up much grease or oil from prolonged use. From playing titles such as Rise of the Tomb Raider and Star Wars Battlefront, the keyboard performed well. With the use of macro recording as well as the sturdy stature of the keyboard, this meant my performance in games increased and the keyboard also handled raging abuse rather well.

As previously mentioned, the chiclet keys can be a dividing issue for gamers, sadly I’m more partial to mechanical keys, meaning the Deathstalker felt like it lacked the feedback from keystrokes, a feedback that I began to yearn for the more I used it. The keyboard also uses the space saving design that the BlackWidow used, meaning the Deathstalker does not feature dedicated media keys and instead doubles the F1-12 keys as media keys. I understand the space saving design but that may not be to everyone’s taste.

While typing this review I find myself backspacing a lot due to the fact that the keys give such little feedback than my hands almost “trip over” themselves as I’m typing faster than usual but also feeling like I’m missing keys due to the lack of a “click” that reassures me that I’ve pressed a button. This could just be some awkward adjustment period I’m going through, but the lack of feedback is certainly something that the Deathstalker desperately needs to rectify.

Although lacking mechanical keys, the Deathstalker is both easy and comfortable to use. Not everyone's cup of tea for gaming, but it will certainly please anyone who decides to purchase one.