With multiple credible outlets releasing stories about specs and internal documents provided to developers about the PlayStation 4 NEO, I think it is safe to say that some form of an upgraded PS4 is coming in the near future. Whether it is the NEO, the PS4.5 or the PS4K, it stands to reason that semi-regular updates of home consoles may be a feature people will have to put up with in the future, especially since there are rumours that Microsoft are also pushing for a similar plan with an souped-up Xbox One. What do these developments mean for the future of the home console market and is it a good business decision to release something like the NEO right now, when the limits of the standard PS4 aren’t really being reached?

First things first, upgrading home consoles is nothing new. The Mega Drive had its 17 extra upgrades and top loaders, the N64 had the Expansion Pak, the Xbox 360 had the Elite and the improved Core units which didn’t Red Ring and more recently, Nintendo have released the not at all confusingly named, New 3DS. The idea of replacing your older units with something faster or quieter is fairly standard, just look at how many ‘Slim’ versions of previous PlayStation consoles there have been in the past. With the NEO, the main difference seems to be that this proposed improved PS4 is coming fairly early within the console’s life cycle, only 3 years after the initial release if reports are to be believed that the NEO is releasing around this October. The improvements are not substantial, the NEO sports a higher clock speed, more bandwidth on its memory and an improved GPU compared to the base PS4 but no drastic leap up in actual computational power. As such, the improvements made via the NEO will be making sure that all games hit the magic 1080p 60fps marker, rather than languishing at either 900p or 30fps. The 4K claims I feel are baseless, not even high end PCs can reliably output 4K so I feel this may be Sony trying to get the most out of their developers and seeing how far they can actually push this improved PS4.

Unlike other home console upgrades, Sony are trying to keep a joint ecosystem between the original PS4 and the NEO, if leaked internal documents are to be believed. There will apparently be no online division between the two units, no NEO-only features and games are not allowed and save games should be transferable between both systems. The only worrying stipulation is that all NEO titles must have a frame rate which either matches or exceeds its standard PS4 counterpart, meaning that original PS4 versions of games could be shafted in the future with performance issues as developers focused more on the NEO version. While this sounds great on the surface and may quiet some initial doubts about this upgraded system, these edicts from Sony will probably end up restricting developers more than anything. The fact that Sony has had to put so many pre-emptive limitations on what developers can do with the NEO, it doesn’t really make sense as to why they are releasing it at all. They clearly want studios to push the limits of the NEO, with these claims of it outputting 4K while at the same time keeping the original PS4 in the loop and not making NEO specific features. The NEO lacks conviction at this early stage, Sony don’t seem like they are really committing to anything in particular, rather than putting out a more powerful PS4 just because they can. 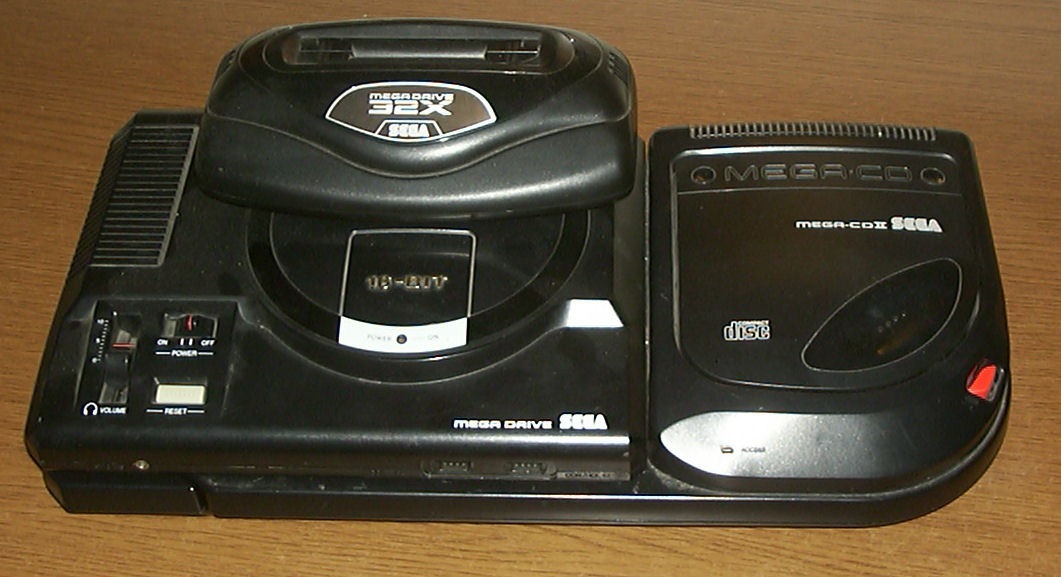 Turns out the NEO is a giant base plate you lock your PS4 into to play old PSP-GO games.

The more pressing issue is that if the NEO is scheduled to be released in the next 8-12 months, Sony is essentially competing with itself with the NEO and the PSVR. Realistically, most PS4 owners will only be able to afford to buy one of the two, so one section of the PlayStation 4 family is going to go hungry within the next year or so. Out of the two, the PSVR is a tangible upgrade from traditional TV based gaming while the NEO is just a bit more power under the same PS4 hood. Unless the design of the NEO is radically different from the standard PS4, I foresee most users passing on the NEO and choosing to buy the PSVR, seeing as it is the more noticeable leap forward in tech. Sony also need to not fall into the trap Nintendo did when marketing the Wii U and the New 3DS. They must be crystal clear in marketing the NEO as an upgraded version of their current system, not a brand new one or just a slim version. If the NEO is being announced at E3, Sony needs to be up front on exactly what the system does better than the original. No marketing spiel or smoke and mirrors, tell the user precisely what the NEO does. Offer a trade in program as well, so PS4 owners can sell their original PS4s for a discount on a NEO as that would probably cause more players to make the jump to the upgraded system.

The NEO seems like the possible first questionable step Sony has taken with the PS4. It will more than likely alienate people who bought a PS4 last Christmas, it has the potential to shaft original PS4 owners as games now just about run on its hardware compared to the NEO’s and it may die on its arse when put up against the PSVR. A year from now, I feel the NEO would have been a safer thing to announce and shorter console generations are going to be the future as console architecture has to catch up with PC but at this point in time, it feels like a rush job with no clear goal besides giving users another PlayStation to buy.