The annual Develop: Brighton conference took place last week from July 12-14, and while it was mainly an event for journalists, developers and other people in the games industry, there were a large amount of upcoming and recently released games on the expo floor. After playing most of them, many of which were virtual reality focused, I settled on my personal favourite game from the event.

Shift Happens is a co-op platformer that can be played either locally or online. Sounds overdone and unoriginal, right? Well that’s where you’d be wrong.

Players control Bismo and Plom, two adorable sentient beings that share a common mass. At the press of a button, players can change the size of the little buggers to solve various puzzles based on weight and size. Which is where the creative name comes from, as the term for this is ‘shifting’. Coins and collectables are scattered across each of the over 40 levels with extra challenges and levels for the most dedicated of players. For those without a friend to play alongside, there are also over 30 levels designed for the single player mode. 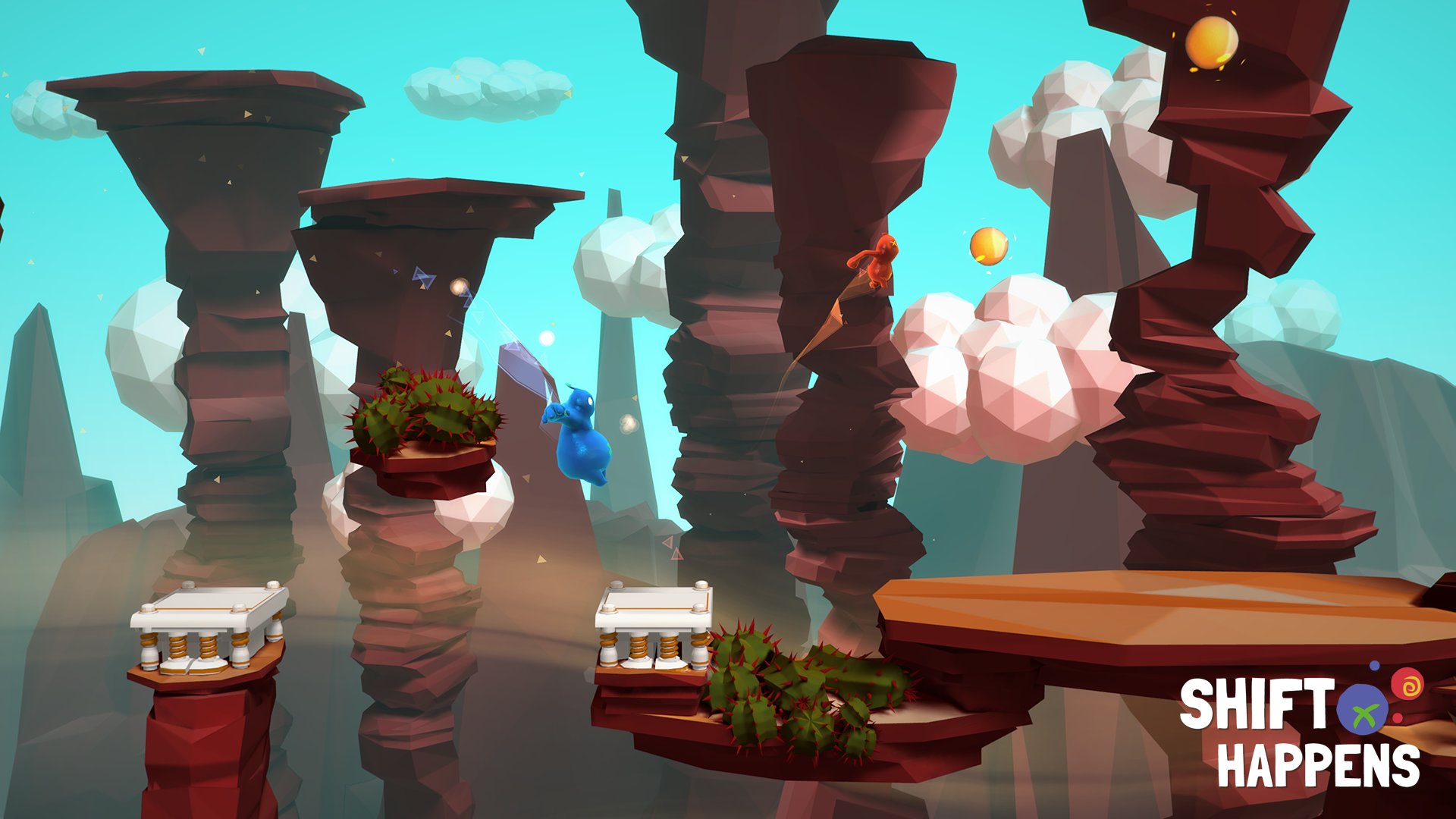 When I played through a few levels at Develop with a friend, Michael Schilbach, the Lead Programmer was overseeing our playthrough and how we got on. The levels we played started out very simple, but as we jumped ahead to the second environment, the forest, more and more mechanics were thrown at us including the ability to pick up whoever is the smaller mass and launch them across the map, while also popping like oversized balloons on various spike traps. Collecting all the items strewn across the levels requires a considerable amount of thought and strategy, so if you want to obtain everything while also completing the speed challenges, multiple playthroughs will undoubtedly be required.

Klonk Games have one goal with Shift Happens and as the release gets nearer, it’s clear they’ve executed their plan brilliantly. When I asked Michael about online co-op, he said and I quote:

“Online co-op is in the game, but we much prefer playing it locally as it means you can reach over and slap your partner as they steal your coins.”

If that isn’t a great reason to bring a mate over then I don’t know what is.

Shift Happens is currently in Early Access on Steam, and the full release is coming on September 9th with PlayStation 4 and Xbox One versions following shortly after. Check out the trailer below and the Shift Happens official website.